THE BEST PART OF AMAZON’S RISE TO MONOPOLISTIC SUPREMACY? Taxpayers are Subsidizing It

While I believe completely in the concept of "creative destruction", Michael Walsh's latest column is well worth a careful review.

He points us to a fascinating article by the Wall Street Journal's Josh Sandbulte, who notes that taxpayers are subsiding Amazon with a $1.46 payment for each box it delivers.

Like many close observers of the shipping business, I know a secret about the federal government’s relationship with Amazon: The U.S. Postal Service delivers the company’s boxes well below its own costs. Like an accelerant added to a fire, this subsidy is speeding up the collapse of traditional retailers in the U.S. and providing an unfair advantage for Amazon. 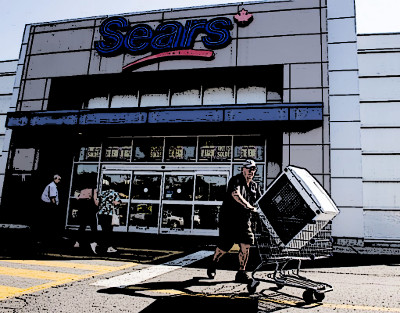 In 2007 the Postal Service and its regulator determined that, at a minimum, 5.5% of the agency’s fixed costs must be allocated to packages and similar products. A decade later, around 25% of its revenue comes from packages, but their share of fixed costs has not kept pace. First-class mail effectively subsidizes the national network, and the packages get a free ride. An April analysis from Citigroup estimates that if costs were fairly allocated, on average parcels would cost $1.46 more to deliver. It is as if every Amazon box comes with a dollar or two stapled to the packing slip—a gift card from Uncle Sam.

Amazon is big enough to take full advantage of “postal injection,” and that has tipped the scales in the internet giant’s favor. Select high-volume shippers are able to drop off presorted packages at the local Postal Service depot for “last mile” delivery at cut-rate prices. With high volumes and warehouses near the local depots, Amazon enjoys low rates unavailable to its competitors. My analysis of available data suggests that around two-thirds of Amazon’s domestic deliveries are made by the Postal Service. It’s as if Amazon gets a subsidized space on every mail truck.

Walsh concludes with a warning to consumers, 'Enjoy your "savings" and "convenience," folks. After all, you're paying for it -- boy, are you ever.'