Any government agency with law enforcement and surveillance authority that uses those powers for political purposes is the definition of a secret police, no better than the Nazi Gestapo or the Soviet KGB.

There is indeed probable cause to conclude, meaning indictable offenses, that employees of the Department of Justice and/or the Federal Bureau of Investigation (FBI), sympathetic to the Democrat Party, used the power of their offices and with the assistance of foreign nationals to influence the 2016 election in favor of Hillary Clinton, first to exonerate her and then obtain information to prevent the election of Donald Trump or to provide a basis for his impeachment should he win.

It is also abundantly clear from the Congressional investigations involving the Department of Justice and the FBI that those institutions of government are protecting themselves at the expense of transparency and accountability to the American people.

Here is a summary of the apparent sequence of events based on the revelations so far. There may be more damning evidence yet to be disclosed. 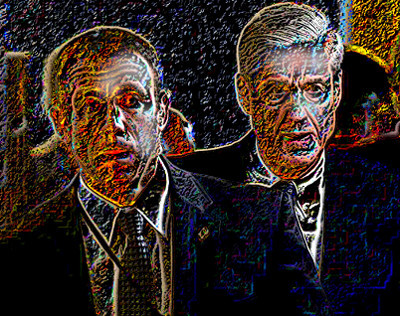 • Fusion GPS hired former British MI6 agent in Moscow, Christopher Steele, to canvass and very likely pay his Russian contacts, some of whom may be present or former members of Russian intelligence, for negative information about Trump.

• Steele creates the "Trump dossier" and distributes it either directly or indirectly to media outlets and to politicians like Senator John McCain (R-AZ).

• The FBI obtains the "Trump dossier," but inexplicably or perhaps intentionally does not check the veracity of any of Steele's assertions.

• The FBI uses the "Trump dossier" to apply to the Foreign Intelligence Surveillance Act (FISA) court to obtain warrantless authorization to conduct surveillance on Trump and his associates.

• It now appears that Christopher Steele might have been, at some point, on the FBI payroll, and, by extension, the Russians.

The use of an un-vetted document from dubious Russian sources as a basis for unwarranted surveillance of American citizens, ultimately for political purposes, renders the entire Mueller investigation a farce and could provide exculpatory evidence to vacate the guilty plea of former National Security Advisor Michael Flynn. It is a verdict many believe was based on improperly-obtained information as part of an overall effort by politically-motivated federal employees to manipulate the results of the 2016 election.

The conditions that led to the election of Donald Trump as President remain. They bear repeating.

The federal government and the media are, as institutions, hopelessly corrupt and, although we have elections, we no longer have representative government.

There is a Cold Civil War underway in the United States to determine who should control the federal government. It is not a contest between the Democrat and Republican policies, but a battle between the entrenched power of the bipartisan political establishment, the Deep State, versus the freedom and well-being of the American people. It is a conflict between those who want to adhere to the Constitution and the rule of law and a ruling elite, who wish to continue the practices of political expediency and crony capitalism for the purposes of personal power and profit.

Americans now believe that we are no longer citizens of a republic, but subjects of an elected aristocracy, composed of a self-absorbed and self-perpetuating permanent political class, which serves its own interests and those of its international financiers, not those of the American people.

Three years before the start of the American Civil War, Abraham Lincoln said a government cannot endure permanently half slave and half free - that a house divided against itself cannot stand.

Likewise, a government separated from the people cannot stand.

The American Revolution, a war to free ourselves from foreign tyranny, lasted eight years.

The Second American Revolution, a battle to root out the corruption and despotism of the Deep State will take longer, but equally necessary.

In the old West the stories are there about standing malefactors on wooden crates with ropes around their necks for crimes of theft, cattle rustling, gun running, and murder. In one instance a cow poke got tired of waiting and jumped off his box. Now days Hillary would say hey, "I'm a girl, let me go", Holder would say "hey, I'm Black, this is a racist lynching", and Obama would say "dude, I'm really white and the Wookie made me do it". But none the less, they still make lamp poles for people like this and their punishments should serve as warnings to future generations.

What needs to happen is some trials-I am tired of the perpetual "investigations" with no results. We need to have these people facing serious prison time-enough prison time to make them willing to turn state's evidence. Right now, they are more afraid of the dimocrats than the law.

There does not appear to a preponderance of evidence either way in this trial by media. However, the players/prosecutors have, almost without exception, declared their allegiance to the Clintons and there is sufficient evidence to prosecute the prosecutors on the basis of bias.
The larger problem is one faced by Ken Starr in his impeachment mission of William Clinton. The defense in that case circled the wagons and convinced the Senate that the damage done by impeachment would far outstrip the political gain reached by the House through the work of the investigators.
My guess is that the investigation will die a quiet death but will succeed in smearing the President sufficiently to compromise any political ambitions he might have in the future. Thus we have Political death by innuendo which will set a new bar in sleaze and be used without restraint by both parties in the future to the detriment of established political practice in the US.