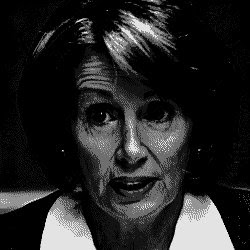 Consider the men and women who control every elected branch of government, Democrats all. A president from Chicago. A house speaker from San Francisco. Powerful committee heads from Boston, Manhattan, Beverly Hills and the Bay Area.

Strikingly, the worst economic hardships are suffered by residents of their "blue" states; the very same areas that these bureaucrats purport to represent. Consider the following facts.

• Oregon, Michigan and California have the highest unemployment rates in the country.

• The red states, including the Dakotas, Idaho, Texas, Utah, and North Carolina, are the fastest growing regions.

• Economic forecaster Bill Watkins notes that when the economy rebounds, people and businesses will naturally migrate to "places that are affordable and don’t have the fundamental tough tax and regulatory structures", i.e., red states.

• These unions bask in lavish benefits that become onerous even in good economies. Now, in California alone, state pensions are $200 billion in the red.

• Blue states also have allowed environmental regulation to overwhelm the real economy. Climate change regulations have crushed manufacturing companies in California, which has lost roughly 400,000 jobs in that sector in only eight years.

• Blue state trucking firms are dying and harming minority business-owners most of all.

• In California's central valley, large cultivated areas will be forced to return to desert-like conditions due to regulations that hope to save an obscure fish species. In May alone, 30,000 agriculture jobs were lost, which were mostly held by Latinos, and unemployment is 17% in the region and as high as 40% in some towns. 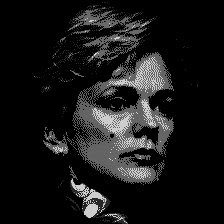 • Michigan fares no better. Democratic Governor Jennifer Granholm has attempted to create "green jobs" for years. Yet by every measure, Michigan is dying.

• Michigan ranks at or near the bottom for unemployment, out-migration, the worst place to start a business, per capita income (from 16th to 33rd under Granholm's tenure).

• Detroit has a 22% unemployment rate and 33% of the population receives food stamps. Six of the worst ten U.S. job markets are in Michigan.

• Already burdened with the highest tax rates in the country, blue state middle income earners (households earning between $125K and $250K) are about to be lumped in with the "rich".

• Despite his "no-blue-states-no-red-states-just-the-United-States" rhetoric, more than 90 percent of the top 300 administration officials come from states that went blue for President Obama.

• This approach, according to political scientists, is natural for products of the Chicago machine. Opposition is unheard of. 49 out of 50 aldermen are Democrats—and follow policies adopted by the small central cadre, similar to the Politburo. 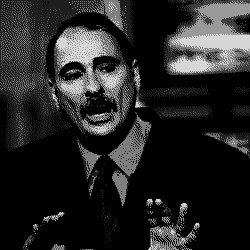 • Once policy is set, Daley operatives like David Axelrod begin spinning up the media and twisting recalcitrant arms to bully ahead and sway public opinion.

• But, without question, machine politics demonstrably hurts its citizens. Democracy doesn't exist in these areas; taxpayers and businesses flee the core cities, and sometimes blue states entirely, to free themselves from unresponsive regimes that grow unchecked in good times and bad.

This is the environment that Barack Obama and his close-knit cadre of Chicago hacks intend to replicate. Government for the government and not the people. Unions bosses grown obese with monopoly power. And one-party rule.

It is a recipe for disaster, California- and Michigan-style.