You're a 19-year old kid. You're critically wounded, and dying in the jungle in the Ia Drang Valley. The date is November 14, 1965. You're lying near LZ X-ray in Vietnam. 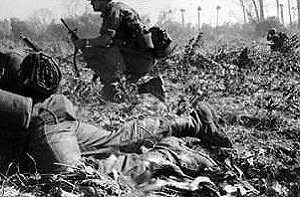 Your infantry unit is outnumbered 8 to 1, and the enemy fire is so intense from 100 or 200 yards away, that your own Infantry Commander has ordered the Medi-Vac helicopters to stop coming in.

You're lying there, listening to the enemy machine guns, and you know you're not getting out. Your family is halfway around the world -- 12,000 miles away -- and you'll never see them again. As the world starts to fade in and out, you know this is the day. 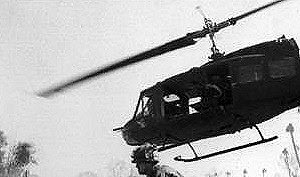 Then, over the machine gun noise, you faintly hear that sound of a helicopter, and you look up to see an un-armed Huey, but it doesn't seem real, because no Medi-Vac markings are on it... 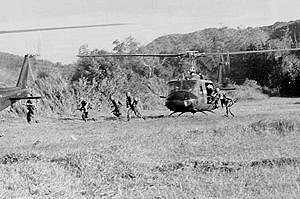 Ed Freeman is coming for you. He's not Medi-Vac, so it's not his job, but he's flying his Huey down into the machine gun fire, after the Medi-Vacs were ordered not to come. He's coming anyway.

And he drops it in, and sits there in the machine gun fire, as they load two or three of you on board. Then he flies you up and out through the gunfire, to the Doctors and Nurses. 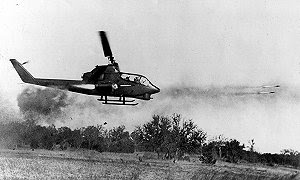 And, he kept coming back... fourteen times in all... and took about 30 of you and your buddies out, who would never have gotten out. 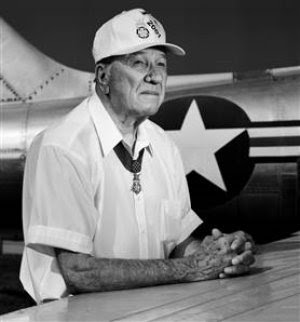 
Via: Burning Platform and Larwyn. Related: Crandall and Freeman win Congressional Medals of Honor. Post edited: to correct a date, per commenter David.
at 3:45 PM
Email ThisBlogThis!Share to TwitterShare to FacebookShare to Pinterest
Labels: Protecting America