Z writes to describe the current economic environment from a firsthand perspective. He is a veteran mergers-and-acquisitions (M&A) specialist who works exclusively in the middle-market. 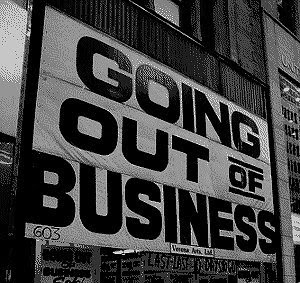 2. They have either laid off staff or have reduced hours to 4-day weeks trying to keep key staff.

3. They have reduced their own salaries and in many cases have implemented “cross the board” salary reductions.

4. They (for the first time in their lives) have no ability to forecast beyond 4 weeks.

5. They see nothing good on the horizon that would benefit them re: sales, cost reduction, efficiency, etc.

6. In other words, they are experiencing a loss of optimism and any positive outlook on the future.

My hope is to at the very least to try to sell these 5 businesses [information redacted]. 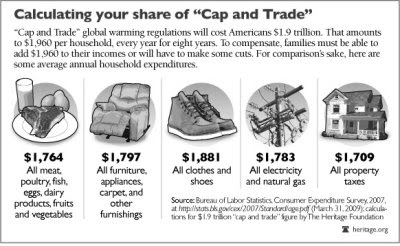 For me, the worst part is my favorite part. I love to open up new clients! This is the most enriching and fun part. I stopped trying to “build my pipeline” about 3 months ago. I no longer follow up on prospects. Why? Any private business owner would be insane to sell his business now. He will be hit with excess taxes and so many unknown consequences. Do you know that part of the “Cap and Trade” bill includes a provision that if you sell your house, it must conform to new “green standards” which reportedly could cost a seller many thousands of dollars? How many unknown consequences are built into a 1,300 page bill that no one has read?

Any future seller prospects that I encounter, I will urge them to continue operating their business and take from the business everything that they can legally do for as long as they can. They are far better off. It is quite likely that I will have to revisit some of my existing clients and tell them the same thing... something that I dread.

I am so outraged as to what is happening to our country. This is no longer a political issue [because] we will all lose. We are all casualties of the new paradigm. There will be many more as we continue into a morass that will take generations to recover, if we can. Be it “Cap and Trade”; government-run health care; TARP; bailouts; “stimulus”; business takeovers, etc.; our future is being controlled by bureaucrats and politicians who never, ever, ever ran a business and knew the “gut-check” of filling out and paying their “941’s”.

How could they know how to create a job? Throwing billions at states and municipalities with payoffs to unions, lobbyists and partisan sectors? Sadly, the worst is yet to come with job losses, cost increases, inflation, etc. Just look at the job numbers released today.

Forgive my blathering. I went through the 50’s, the 60’s, the price restrictions and gas shortages of the 70’s, the 22% interest rates into the 80’s, the many frustrations of the 90’s, etc. They all pale in comparison to what we face now. Whether it’s “tea parties”, a realization by the silent majority of what is happening, or some miracle that stops this ongoing disaster, I hope and pray for an awakening. I think we can make it and I only hope that my children and grandchildren are as fortunate as we were to continue to have opportunities.

I’m mad as hell and I wish that there was something more that I could do about it.

The economy's flat on its back and what have Democrats done? They've jammed a banana in the economy's tailpipe.

Consider what you, as an entrepeneur or business owner, face: 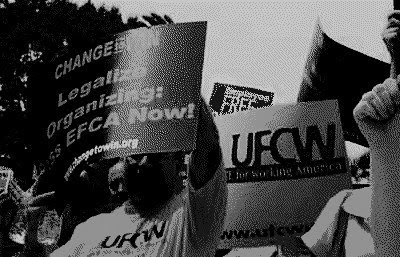 • If your business uses energy (and heaven forbid you have a fleet of delivery trucks), you await the looming tax impact of Waxman-Markey's disastrous "Carbon Cap-and-Trade" bill, a 1,400-page behemoth that no one read before passing it. What will it mean in terms of new costs, regulations and taxes?

• If your business has employees, you face an uncertain cost structure for health benefits as Democrats bandy about a complete takeover of the nation's medical system. Will there be an employer mandate? Will employer-provided insurance lose its favored tax status?

• And your workforce faces an uncertain future given the Democrats' incessant attempts to ram forced unionization into non-unionized workplaces. The Pravda-esque Employee Free Choice Act (or "Card Check") eradicates the secret ballot requirement for unionizing and mandates government arbitration of wages and benefits if an agreement cannot be reached in a short period of time. The government, then, would be setting wages for business owners! Will small businesses be forced to replicate the extraordinary success stories of Chrysler and GM through Card Check?

• The Obama administration also appears to be pushing an initiative that could take equity stakes in small businesses using the $700 billion rescue program for the banking system. What would that mean to business owners who needed capital to keep their operations going? What would the impact be of government ownership stakes in thousands of small businesses?

Who could possibly hire in this environment? The economy is flat on its back because Obama and the Democrats put it there; and their policies continue to suck the life out of the most productive members of society.

Writing at Townhall, Dan Kennedy calls the economic environment a "climate of fear". He relates a conversation with a board member of one of "the largest and most successful... regional banks". The director stated, "Our bank’s leadership team and others I know at the local or regional level feel paralyzed and intimidated by the climate of fear created by the Obama administration... The new and proposed regulations will remove every competitive advantage of the community bank, and make every bank identical, forced to operate exactly as does Bank of America..."

New regulations, new taxes, new health benefit dictates, forced unionization... who could possibly be hopeful in this sort of environment?

Mark Levin calls the economic environment a "repression". And I'll say it for the record: Obama is a failed president and his is a failed presidency. His Statist ideology has failed in every place and every time it's been tried. And it's failing now, as anyone with half a brain knew it would.