Interviewer: Don’t you think we should scratch everything and start anew with single payer? Why not? 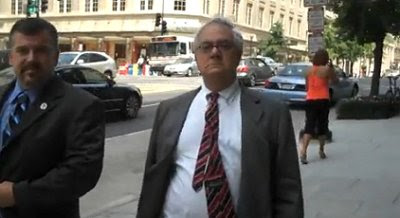 Frank: No…because we don’t have the votes for it. I wish we did. I think if we get a good public option it could lead to single payer, and that’s the best way to reach single payer. Saying you’ll do nothing until you get single payer is a sure way never to get it.

Interviewer: Right now, it’s not a strong public option, is it?

So here's Barney Frank, the brains behind Fannie Mae and the financial meltdown, flat out admitting that the way to single-payer is to fool voters with "a public option". And he flatly states that the public option will overwhelm and eradicate private insurance plans.

Now Barack Obama's been saying for weeks that the public option won't hurt private insurers, which everyone knows is a bald-faced lie.

Mr. Obama dismissed the idea of a government takeover of health care, saying a public insurance system would complement, not replace, private companies.

“It will keep government out of health care decisions, giving you the option to keep your (private) insurance if you’re happy with it,” he said.

You're not going to get to keep your private insurance -- and everyone knows it. And Barney Frank just confirmed it, calling Barack Obama a liar.

At an AARP-sponsor townhall event, Obama was also confronted -- stunningly -- with a direct question about rationing care for the elderly

Q: The other has to do with the knowledge that there will be millions of dollars of cuts in Medicare over the years to accommodate baby boomers. So the question is, does this translate into dictation of what can and cannot be given to a senior as service? For example, will there be fewer hip and knee replacements? Even if I decide when I'm 80 that I want a hip replacement, am I going to be able to get that? Am I going to be able to see a cardiologist if I have a heart condition, or other specialist? Or is that going to all be primary care? I'm calling it rationing of care, I'm coining [sic] it that.

Obama: ...My interest is not in getting between you and your doctor, although keep in mind right now, insurance companies are often getting between you and your doctor. So it's not as if these choices aren't already being made; it's just they're being made by private insurance companies, without any real guidance as to whether the decisions that are being made are good decisions to make people healthier or not...

This answer is, at its heart, dishonest. 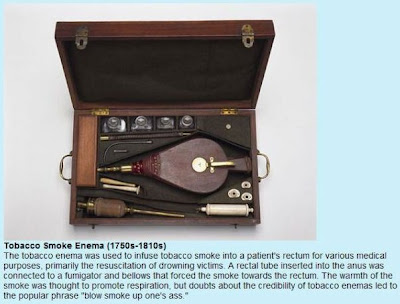 You and your doctor make the decisions on your treatment. If you have insurance, you will try to get your insurance company to pay for as much treatment as you can, depending upon your policy. And, if you're denied, you can appeal and even go to state regulators to insist upon treatment if you feel you're treated unfairly.

But in the Obama plan, all decisions are made by five unelected bureaucrats who can deny you treatment based upon a formula, the same way that Canada and Great Britain's national health services operate. They will absolutely deny you tests, medications, innovations, and so forth -- because that's precisely what happens in Canada and Britain!

Obama's federal health board will get between you and your doctor and will ration treatments to you based upon your age. Obama knows it -- and he doesn't care whether you think he's lying or not. Obama went on to say:

We also want to start rewarding doctors for quality, not just the quantity, of care that they provide. Instead of rewarding them for how many procedures they perform or how many tests they order, we'll bundle payments so providers aren't paid for every treatment they offer with a chronic -- to a patient with a chronic condition like diabetes, but instead are paid for how are they managing that disease overall. And we'll create incentives for physicians to team up and treat a patient better together, because we know that produces better outcomes.

So Obama himself confirms that his federal health board will, in fact, interfere with your doctor's relationship. It will dictate every facet of care based upon not you as the individual, but you as a nameless statistic, a record in an actuarial table.

And if a Politburo in Washington refuses you care, it means no! Unlike an insurance company, you have no recourse whatsoever!

There is no Medicare "Trust Fund". They already stole all the money!

So why, then, is the answer to impose a Medicare-like system on the entire nation?

Why would you take a failed model, fraught with billions in fraud, and expand it?

Because Obama and the Democrats care about expanding their own power. They could care less about your health care, your doctor, your treatments, medical innovations and anything else. They care about expanding government's power at the expense of you, the individual, and your liberty.