Two shadowy back-room deals are being struck right now in Congress as part of the Obama-Reid-Pelosi push to advance socialized healthcare before the August "recess." 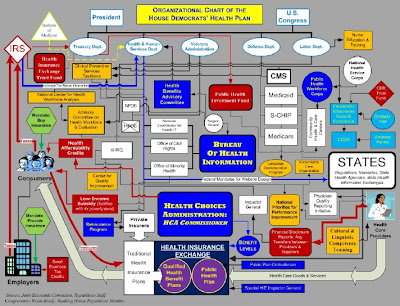 In the House, Blue Dog Democrats are reviewing a private "compromise" that would advance ObamaCare to the House floor as soon as this Friday. Meanwhile in the Senate, six Senators are working behind closed doors on a bill that would allow the Senate to move ObamaCare through committee in the next few days.

THAT MEANS TWO CLOSED-DOOR, BACK-ROOM
DEALS ARE BEING STRUCK RIGHT NOW TO PUSH
US TO THE BRINK OF OBAMACARE THIS WEEK!

In both cases, details have not been released. We are simply told to trust members of Congress with the future of our health care and then accept their final vote.

If they get ObamaCare passed through the House and through the Senate Finance Committee this week, most of their work will be done. The Democrats will then simply iron out the differences (i.e. revert to the full ObamaCare blueprint).

The next 48 hours are crucial and we must now fight this battle on two fronts -- the House and the Senate.

That's why we have just expanded our FaxFire campaign to include the six Senators who are striking the back-room deal.

Even if you have done so already, please go here right now to send your faxes opposing socialized health care to key members of this House committee along with the six Senate negotiators, your two Senators and Representative:

http://www.grassfire.net/r.asp?U=20543&CID=122&RID=21768021
(As always, if you want to send your own faxes, we have provided the fax numbers and sample text for you. Just click here to access that information:

Action #2 -- Call your Representative and the "Senate Six"!

Also, call the "Senate Six" and tell them you do NOT want any government mandate program that further burdens our economy, undermines the private sector and creates a federal healthcare mandate on businesses or individuals.

#1 -- I am outraged that the House and Senate are fast-tracking the President's socialized healthcare plan this week.

#2 -- I do not want the government to have more control and influence over my health care. That is why I reject House health care bill (H.R. 3200) and the soon-to-be-released Senate "compromise" plan that still creates a federal mandate.

#3 -- America cannot afford the $1.5 trillion price tag of socialized health care during these difficult economic times. I flatly reject any health care proposal that increases costs or imposes new taxes on any American.

Again, we are now fighting a two-front battle THIS WEEK that could determine whether socialized ObamaCare becomes a reality this year.

Call now. Operators -- that you are paying for -- are standing by.