No Apology Necessary (From Sgt. Crowley)

If anybody should apologize for the arrest of Harvard Professor Louis Henry Gates, it is President Obama, not the arresting officer. 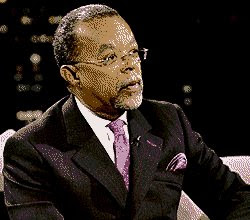 The facts bear out that experienced Sgt. James Crowley acted totally within the bounds of proper police action. Here's what occurred. Sgt. Crowley responded to a call from Lucia Whalen reporting that a break-in was in progress in a neighborhood in Cambridge that had experienced several daytime burglaries. In fact the very house where the suspected burglary was taking place had a defective front door due to a forced entry a month earlier. When he arrived at the house rented from Harvard University by Professor Gates, Sgt. Crowley asked Lucia Whalen, the citizen who had reported that two men were trying to break into the house, to wait outside while he approached the house. [Ed: Updated per police tape]

From outside, Sgt. Crowley observed a man inside the foyer of the house, and asked him to step out on the porch so they could talk. The man, later identified as Professor Henry Louis Gates, Jr. replied, "No I will not" and demanded Sgt Crowley's identity. Sgt. Crowley in full uniform advised Professor Gates, in a reasonable tone, that he was a Cambridge police officer, told him his name, and that he was responding to a report of a burglary in progress. Before Sgt. Crowley could finish, Professor Gates opened the door and, in an agitated tone, yelled "Why? Because I'm black man in America?" 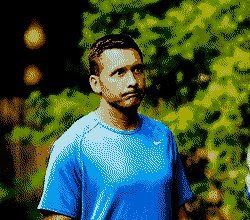 At this point, Sgt Crowley was prepared to leave and walked out to the porch. Professor Gates hollered at Sgt. Gates to identify himself yet again, saying arrogantly, "You don't know who you're messing with!" He also called Sgt. Crowley a "racist" police officer. Sgt. Crowley advised Professor Gates that he had already identified himself and that if Professor Gates wished to speak further, he should come outside. Professor Gates continued to scream at Sgt. Crowley, repeatedly calling him a "racist cop," and then rudely yelled a demeaning invective: "I'll speak with your momma outside." (By this time another Cambridge policeman, Officer Carlos Figuerosa, was on the porch listening to Professor Gates' tirade and confirmed what Sgt. Crowley later reported.)

Had Professor Gates simply remained in his house or kept his composure, he would not have been arrested. But because of his bizarre and outrageous behavior, there is no question that he was arrested properly and according to established police procedures. Had Professor Gates displayed some emotional control and listened to Sgt. Crowley and understood why Sgt. Crowley was there and that he was required to investigate any call for a crime in progress he would have had no reason to be outraged.

Sgt. Crowley followed proper procedures -- those that any experienced and professional police officer would have done -- asked reasonable questions of Professor Gates and did not respond in kind to Professor Gates unreasonable tirade of race baiting. It was Professor Gates who played the race card and used race as an excuse to harangue an officer attempting to do his duty. 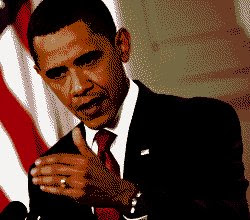 Police Officers have a duty to investigate calls from citizens suspicious of a crime in progress. They have a sworn duty to determine if a crime is being committed, if the area where a crime is alleged to be in progress is safe for themselves and citizens. Police work is a dangerous profession, often thankless and unrewarding. We should all give thanks that we have citizens like Sgt Crowley who accept their jobs and do their heroic duties day in and day out without regard for their own safety.

Both the governor of Massachusetts and the Mayor of Cambridge (both African Americans) made apologies. But Sgt. Crowley has nothing to apologize for. The Chief of Police should support this fine officer, despite the fact that the politically- correct lawyers for the City cowardly dropped the charges against Professor Gates. Instead, apologies should come first from Professor Gates for his racist tirade.

It is unfortunate that the President of the United States saw fit to comment on this case, admittedly without knowing any of the foregoing facts, and even more unfortunate that he tried to expand the concept of racial profiling as a common practice among police forces is also unfortunate and untrue. The President is the one who should apologize, not only to Sgt. Crowley, but to every policeman in America.