"We are now in the early stages of a depression"

"We are now in the early stages of a depression. The economic indicators we follow to track real economic activity are all signaling a slowdown of massive proportions. You wouldn’t know it reading the mainstream papers of course – they all focus on the relative decline in the slowdown’s intensity."

In short, the Obama-Pelosi-Reid Stimulus package that was passed, sight unseen, is an unmitigated Keynesian disaster: 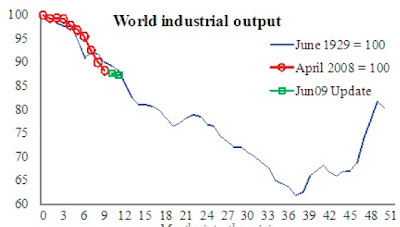 Unemployment Catastrophe:
· The June 2009 jobless rate reached 9.5%, the highest since 1983.
· 4 million Americans have been looking for work for more than 26 weeks, representing 29% of the unemployed – the most since records began in 1948.
· During the last 30 years, Americans who lost their jobs took an average 15.8 weeks to find new positions. In June 2009, the average duration of unemployment was 24.5 weeks, the longest since records began in 1948.
· The number of people collecting unemployment benefits reached a record 6.88 million in the week ended June 27, 2009.
· Approximately six people are seeking work for every job opening, the most since the government began keeping such records... 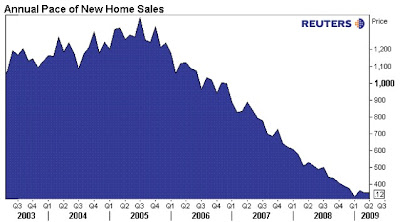 Rail Car Loadings Suffering:
· For the first 26 weeks of 2009, US railroads reported cumulative volume of 6,806,892 carloads, down 19.2% from 2008. An excellent quote included in the June report from the Association of American Railroads stated: “Whenever Americans grow something, eat something, mine something, make something, turn on a light, or get dressed, freight railroads are probably involved somewhere along the line. Unfortunately, right now there’s not enough mining, manufacturing and buying going on. So railroads, like most other business sectors, are suffering because of it.”
· Carloads are down 22.5% from the all time high set in the first 26 weeks of 2006. 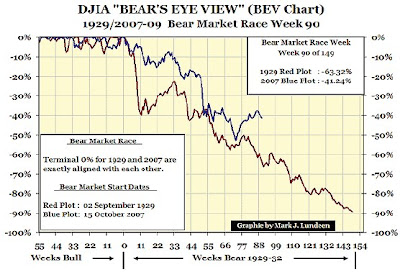 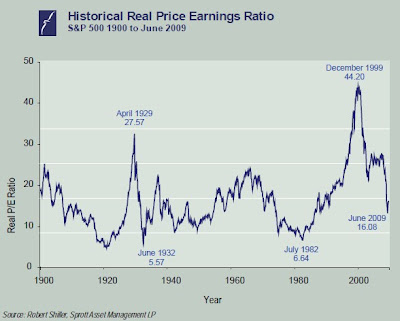 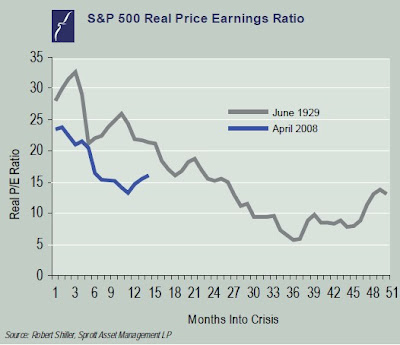 So the Obama Democrats just rammed through a giant Porkulus package, sight unseen, because it was going to keep unemployment from hitting 8%. It was a complete, abject failure -- just like every other socialist experiment that has ever been tried. Because a central planning model simply can not compete with the free market.

And now the Democrats want to destroy healthcare by nationalizing it.

Shouldn't only one multi-trillion dollar failure be the limit for this vintage of Democrats?