The Anti-Stimulus In Pictures: Any Questions?


The complete, abject failure of the Democrats' "Stimulus Package" was easy to predict. Consider the following unemployment charts, courtesy of the Bureau of Labor Statistics and Encarta, which were modified to include major alterations in government tax or spending policy. 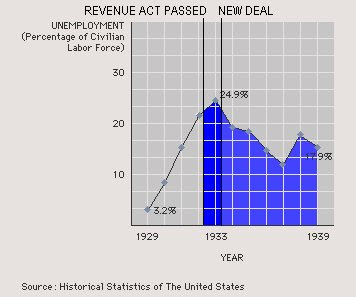 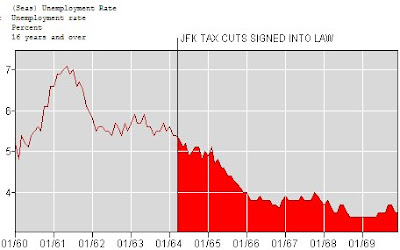 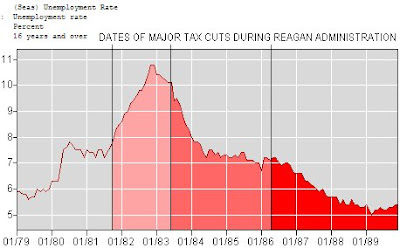 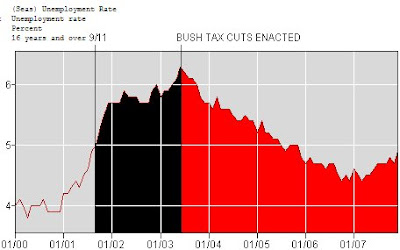 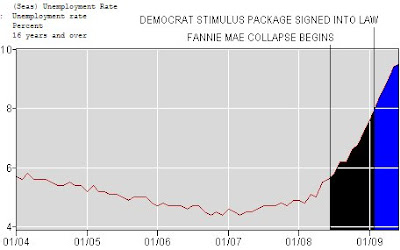 In February of 1964, President Lyndon Baines Johnson -- a Democrat -- signed the "JFK Tax Cuts" into law. Upon executing the cuts, Johnson stated:

There is no asset more precious to freedom. There is no guarantee more vital to liberty and a robust American economy. No one can bury us or bluff us or beat us so long as our economy remains strong. No economic system anywhere has ever had the success of the American economy by placing maximum reliance on the initiative and the creative energies of individual businessman and workers we have created here in our land, the most prosperous nation in the history of the world.

They would be pariahs in the modern Democrat Party.

at 11:19 AM
Email ThisBlogThis!Share to TwitterShare to FacebookShare to Pinterest
Labels: Democrats, Economy, Obama

One has to wonder why the Republicans have not jumped on info like this. Can this go to Stuart Varney? People need to know what kind of shenanigans Obama is pulling all the time!