The Administration's War on the Bill of Rights

I will freely admit that I'm not Senate Minority Leader Mitch McConnell's biggest fan, but his speech at the American Enterprise Institute deserves attention. Some of the highlights:

It’s hard to imagine a more broadly accepted proposition than the fact that Americans are free, above all else, to speak their minds openly and freely, without fear of punishment or reprisal from government authorities. Human nature being what it is, however, I think we would all have to admit that there will always be a temptation, particularly among those in power, to muffle one’s critics... 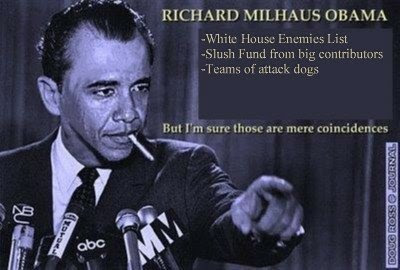 ...The attacks on speech are legion. Perhaps the most prominent is the so-called DISCLOSE Act.

This is the Democrats’ legislative response to Citizens United, in which the Supreme Court correctly ruled that Congress may not ban political speech based on the identity of the speaker. The DISCLOSE Act aims to get around this ruling by compelling certain targeted groups to disclose the names of their donors, while excluding others, such as unions, from doing the same.

...[But] if disclosure is forced upon some but not all, it’s not an act of good government, it’s a political weapon. And that’s precisely what those who are pushing this legislation have in mind. This is nothing less than an effort by the government itself to exposes its critics to harassment and intimidation, either by government authorities or through third-party allies...

...Charles and David Koch have become household names, not for the tens of thousands of people they employ, not for their generosity to charity, and not for building up one of the most successful private corporations on the planet; but because of their forceful and unapologetic promotion and defense of capitalism... The results have been predictable. The Koch brothers, along with Koch employees, have had their lives threatened, received hundreds of obscenity-laced hate messages, and been harassed by left-wing groups. One e-mail carried a typical message. It read: “Choose your expiration date.”

If the President of the United States opposed these kinds of tactics, all he’d have to do is condemn them. Instead, he’s joined the effort.

at 11:28 AM
Email ThisBlogThis!Share to TwitterShare to FacebookShare to Pinterest
Labels: Crime, Democrats, Obama

I am remeinded of the bumper sticker that said:
"Ever since I gave up hope I feel much better."
We were told some time ago that Barry and his cronies sat around noodling the best ways to make end runs around the Constitution. I suppose the question is, will Americans remain passive or will they shake off the tyranny?

Remain passive. A large number of americans want a greece-esque socialism and are willing to give up their rights to get people in power who will do so.

I'm not advocating violence in any way. I'm just saying that of those who advocate Socialism, the vast majority are not committed to bringing it about. Conservative or conservative-leaning people outnumber liberals in this country. Now if our "representative" government would take some action to uphold their oath to protect and defend the Consitiution of the United States things might be a little bit better.

Just another related thought. With all that's going on, some people accuse 0bama of being a traitor. I disagree, he was never on our side to begin with so how can he be a traitor