Under the Radar, Obama Undermines the USA [Dan from NY]

More and more, Obama is ruling by fiat, bypassing Congress, the Constitution and the will of the people. Read the National Review item below and click the link provided after that. Then pass the word around. This is very serious business. Obama is eating away at our Foundation, and the media has Obama’s back. We made a terrible mistake in 2008. The last chance we have to correct it is now.

Are We in Revolutionary Times?

Obama is turning out to be the most subversive chief executive in terms of eroding U.S. law since Richard Nixon. 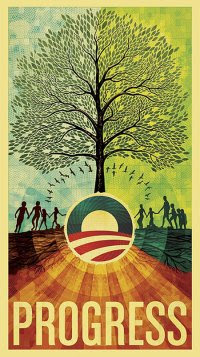 Legally, President Obama has reiterated the principle that he can pick and choose which U.S. laws he wishes to enforce (see his decision to reverse the order of the Chrysler creditors, his decision not to enforce the Defense of Marriage Act, and his administration’s contempt for national-security confidentiality and Senate and House subpoenas to the attorney general). If one individual can decide to exempt nearly a million residents from the law — when he most certainly could not get the law amended or repealed through proper legislative or judicial action — then what can he not do? Obama is turning out to be the most subversive chief executive in terms of eroding U.S. law since Richard Nixon.

Politically, Obama calculates that some polls showing the current likely Hispanic support for him in the high 50s or low 60s would not provide enough of a margin in critical states such as Nevada, New Mexico, and Colorado, or perhaps also in Florida and Virginia, to counteract the growing slippage of the independent vote and the energy of the clinger/tea-party activists. Thus, what was not legal or advisable in 2009, 2010, or 2011, suddenly has become critical in mid-2012. No doubt free green cards will quickly lead to citizenship and a million new voters. Will it work politically? Obama must assume lots of things: that all Hispanics vote as a block in favoring exempting more illegal aliens from the law, and are without worry that the high unemployment rate hits their community among the hardest; that black voters, stung by his gay-marriage stance, will not resent what may be seen as de facto amnesty, possibly endangering his tiny (and slipping) lead in places like Virginia, Ohio, and Pennsylvania. And because polls show overwhelming resistance to non-enforcement of immigration law, Obama also figures that the minority who supports his recent action does so far more vehemently than the majority who opposes it. Time will tell; but my gut feeling is that his brazen act will enrage far more than it will delight — and for a variety of different reasons. As with all his special-interest efforts — the Keystone cancellation, war-on-women ploy, gay-marriage turnabout, and now de facto amnesty — Obama believes dividing Americans along class, ethnic, gender, and cultural lines will result in a cobbled together majority, far more preferable than a 1996 Clinton-like effort to win over the independents by forging a bipartisan consensus. 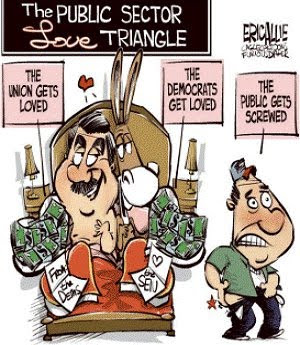 Economically, why would we formalize nearly a million new legally authorized workers when unemployment is approaching its 41st consecutive month over 8 percent — especially when Democrats used to label 5.4 percent unemployment as a “jobless recovery”? Here in California, the slowing of illegal immigration, due mostly to the fence and tough times, has led to steep wage hikes for entry-level and farm labor, and given a little more clout to Americans in so-called unskilled-labor fields. In other words, it really is true that the real beneficiaries of border enforcement are low-paid Hispanic-Americans and African-Americans who become more valued when they are not competing with virtually unlimited numbers of illegal-alien workers.

When you collate this recent act with the class-warfare rhetoric, the “punish our enemies” threats, the president’s and Eric Holder’s serial racialist statements, the huge borrowing, the national-security leaks, the takeover of health care, the push for redistributive taxes, and even the trivial appointments like a Van Jones, Anita Dunn, or Armendariz, you can fairly conclude that Obama most certainly did not like the way the United States operated for the last 30 or so years, and has tried his best, through hook or crook, to change America in ways that simply were not possible through legislative or even judicial action. Give the president credit. He has thrown down the gauntlet and essentially boasted: This is my vision of the way the new America should work — and if you don’t like it, try stopping me in November, if you dare.

Rather than pushing new laws through a divided Congress to enact his agenda, Obama is relying on federal agencies to ignore, or at least not defend, laws that some of his important supporters — like Hispanic voters and the gay community — don’t like.

“If the president says we’re not going to enforce the law, there’s really nothing anyone can do about it,” University of Pennsylvania constitutional law professor Kermit Roosevelt said. “It’s clearly a political calculation.”

A White House official said the strategy is the result of a stalemate in Washington.

I AM AMAZED AND DISGUSTED AND ANGRY THAT OBAMA'S LATEST BLATANT UNCONSTITUTIONAL AND ANTI-CONSTITUTIONAL EFFORTS ARE BEING EXPLAINED AWAY AS MERE POLITICAL STRATEGY.

THIS IS FAR WORSE THAN WATERGATE.

illegals, get ready to vote for obama!

Even illegals see how bad and stupid obama is!

Could that tree be a tree of liberty? If so, it's missing the blood of Tyrants.

The tree of liberty must be refreshed from time to time with the blood of patriots and tyrants. It is it’s natural manure.