The Association of American Publishers released a report today that shows that ebooks have beaten hardcover revenues for the first time. Ebook revenues topped out at $282.3 million YTD while hardcovers hit $229.6. Almost exactly a year ago the tables were turned with ebooks hitting $220 million and hardcovers brushing past $335 million.

The only growth in hardcovers is in the young adult/children’s category where hardcover revenue rose to $187.7 million and children’s ebooks rose to $64.3 million, up from $3.9 million in 2011.

In short, ebooks are winning.

The convenience of an eBook is hard to beat. That said, there's something about the concept of having to charge a book that still has me ordering hardcovers most of the time. 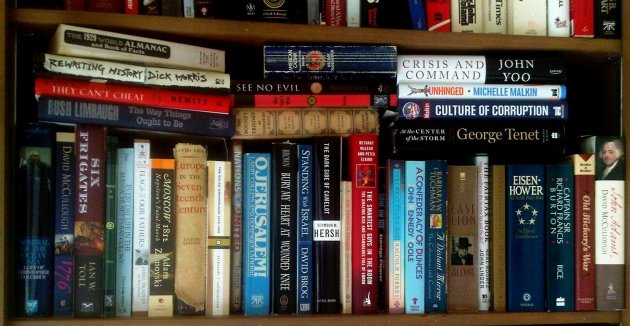 Which is how I ended up with about 3,000 volumes in the home library.