Seriously, this time we promise you won't have to worry about putting gas in your car, or paying your mortgage!

Just when you thought the Obama campaign couldn't get any more cynical or divisive:

President Obama's campaign has released its latest radio ad, the first ad of the campaign specifically to target black voters. 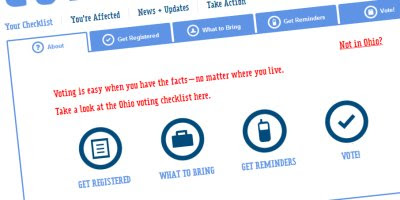 “Four years ago we made history,” the voiceover in the ad states. “Now it’s time to move forward and finish what we started together. We have to show the President we have his back.”

Snippets of the president's remarks are played throughout the ad, as well as a catchy R&B tune with the chorus "we've got your back."

The Grio reports:  The Barack Obama re-election campaign Tuesday will air its first radio ad targeting African-Americans, campaign officials confirmed... The 60-second ad, entitled “We’ve Got Your Back,” appeals to black voters’ nostalgia about the election of the nation’s first African-American president, calling for those voters to stand with the president again in November. ...

A simple question for you drones: how can you support a man who endlessly divides Americans -- whether by race, religion, creed, income level, industry, or any other arbitrary category -- simply to pit one group against another? How can you support such obvious, mendacious, and dangerous pandering?

Are we not all Americans? Do we not all believe in the sovereignty of the individual? In private property? In our ability to succeed and fail based upon our merits, no matter our race, religion, background or upbringing? Do we not have the same dreams for ourselves and our children?

Or has the President completely eroded all of that? All of that which made America great?

November is coming, and then we shall all find out.

at 8:55 PM
Email ThisBlogThis!Share to TwitterShare to FacebookShare to Pinterest
Labels: Democrats, Obama

That commercial is positively sickening.

blacks should be incensed.

"Are we not all Americans? Do we not all believe in the sovereignty of the individual? In private property? In our ability to succeed and fail based upon our merits, no matter our race, religion, background or upbringing?"

Really, Doug? Are you seriously asking these questions of the left? We already know their answers to all of them: no. Question their patriotism. Question it early and question it often.

Oh yes, blacks that vote will vote for him. Thankfully their entire race comprises less than 12% of the electorate and since they always vote Democrat their votes are basically a wash. It was the white vote that handed the commie in chief his post. That said, I'm happy for my vote to cancel out one of theirs.