The way I read this story, either the Department of Homeland Security believes its database is wildly inaccurate or it's trying to encourage vote fraud. And I think we all know which is really the case.

Florida Gov. Rick Scott (R) said he will sue the Department of Homeland Security (DHS) to move forward with his controversial attempt to purge the voter rolls in his state of ineligible voters.

“I have a job to do to defend the right of legitimate voters,” Scott told Fox News on Monday. “We’ve been asking for the Department of Homeland Security’s database, SAVE, for months, and they haven’t given it to us. So this afternoon, we will be filing a lawsuit, the secretary of State of Florida, against the Department of Homeland Security to give us that database. We want to have fair, honest elections in our state and we have been put in a position that we have to sue the federal government to get this information.” 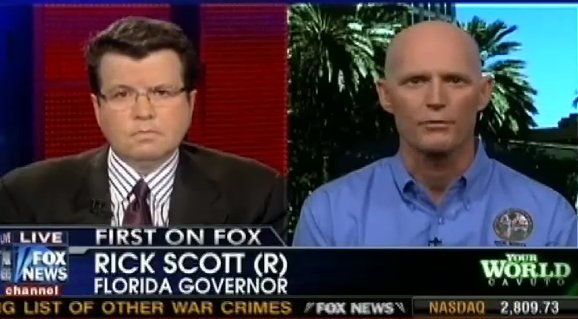 Florida Secretary of State Ken Detzner produced the lawsuit, filed in Washington, D.C. district court on Monday, shortly after, along with a statement.

“For nearly a year, the U.S. Department of Homeland Security has failed to meet its legal obligation to provide us the information necessary to identify and remove ineligible voters from Florida’s voter rolls,” Detzner said. “We can’t let the federal government delay our efforts to uphold the integrity of Florida elections any longer. We’ve filed a lawsuit to ensure the law is carried out and we are able to meet our obligation to keep the voter rolls accurate and current.”

Given the latest Zogby data -- which shows that disillusioned young voters are dropping out of the political process -- it's clear that President Axelrod will manufacture votes any which way he can.

And if that means counting the votes of illegal aliens, felons and the deceased, well, then so be it. Because that's the way the Chicago Machine rolls.

thanks for the informations
Download Dell Inspiron n4050 Driver