I don't know this Trey Gowdy fellow, but I like the cut of his jib. 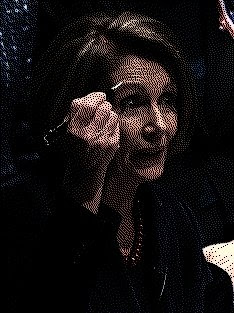 On Thursday, Nancy Pelosi had this to say about the House Oversight and Government Reform Committee's move to vote Eric Holder in contempt of Congress:

They’re going after Eric Holder because he is supporting measures to overturn these voter suppression initiatives in the states...

...Suffice it to say, at least one member of the House strongly disagreed, and offered this epic response.

Rep. Trey Gowdy (R-SC) yesterday called House Minority Leader Nancy Pelosi “mind-numbingly stupid” and said that there is something medically wrong with her brain because she believes Republicans are unfairly targeting Attorney General Eric Holder... "I don’t know what was wrong with her yesterday or today or whenever she said that, but I would schedule an appointment with my doctor if she thinks that we are doing this to suppress votes this fall. That is mind-numbingly stupid."

No, Trey. She just sounds mind-numbingly stupid. She keeps repeating these falsehoods because that's what evil people do. It's called "The Big Lie." She's both dishonest and evil.

The day before, she'd also claimed that, as Speaker, she had the power to arrest and imprison Karl Rove. This kind of inanity is so outrageous that even her hometown newspaper, The San Francisco Chronicle, all but called her an unhinged kook "living on the far-left fringe" of American politics.

Gowdy, on the other hand, is a man who truly speaks truth to power.

His questioning of Eric Holder is one for the ages.

Make that dishonest and evil AND stupid, please.

That she keeps getting re-elected says something about her district

She says what she HAS to, to appeal to her electorate...so the question is, is SHE stupid and that appeals to them, are THEY stupid and she appeals to THEM, or are they BOTH stupid. These MORONS would LOVE to see business go DOWN, and then, who would fund their gay, lavish lifestyle, by buying their artsy-fartsy CRAP?