I found these brief statements (PDF), part of the dissent in today's ACA decision, to be far more terse, logical and compelling than all of the dozens of preceding pages.

The Court today decides to save a statute Congress did not write. It rules that what the statute declares to be a requirement with a penalty is instead an option subject to a tax. And it changes the intentionally coercive sanction of a total cut-off of Medicaid funds to a supposedly non coercive cut-off of only the incremental funds that the Act makes available. 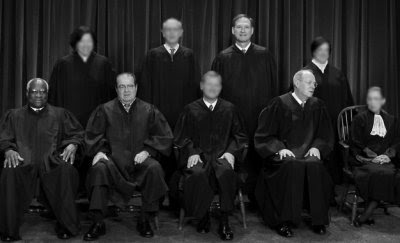 The Court regards its strained statutory interpretationas judicial modesty. It is not. It amounts instead to a vast judicial overreaching. It creates a debilitated, inoperable version of health-care regulation that Congress did not enact and the public does not expect. It makes enactment of sensible health-care regulation more difficult, since Congress cannot start afresh but must take as its point of departure a jumble of now senseless provisions, provisions that certain interests favored under the Court’s new design will struggle to retain. And it leaves the public and the States to expend vast sums of money on requirements that may or may not survive the necessary congressional revision.

The Court’s disposition, invented and atextual as it is,does not even have the merit of avoiding constitutional difficulties. It creates them. The holding that the Individual Mandate is a tax raises a difficult constitutional question (what is a direct tax?) that the Court resolves with inadequate deliberation. And the judgment on the Medicaid Expansion issue ushers in new federalism concerns and places an unaccustomed strain upon the Union. Those States that decline the Medicaid Expansion must subsidize, by the federal tax dollars taken from their citizens, vast grants to the States that accept the Medicaid Expansion. If that destabilizing political dynamic, so antagonistic to a harmonious Union, is to be introduced at all, it should be by Congress, not by the Judiciary.

The Constitution, though it dates from the founding ofthe Republic, has powerful meaning and vital relevanceto our own times. The constitutional protections that this case involves are protections of structure. Structural protections—notably, the restraints imposed by federalism and separation of powers—are less romantic and have less obvious a connection to personal freedom than the provisions of the Bill of Rights or the Civil War Amendments. Hence they tend to be undervalued or even forgotten by our citizens. It should be the responsibility of the Court to teach otherwise, to remind our people that the Framers considered structural protections of freedom the most important ones, for which reason they alone were embodied in the original Constitution and not left to later amendment. The fragmentation of power produced by thestructure of our Government is central to liberty, and when we destroy it, we place liberty at peril. Today’s decision should have vindicated, should have taught, this truth; instead, our judgment today has disregarded it.

For the reasons here stated, we would find the Act invalid in its entirety. We respectfully dissent. 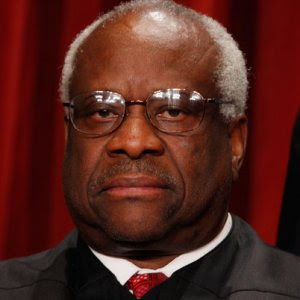 I dissent for the reasons stated in our joint opinion, but I write separately to say a word about the Commerce Clause. The joint dissent and THE CHIEF JUSTICE correctly apply our precedents to conclude that the Individual Mandate is beyond the power granted to Congress un-der the Commerce Clause and the Necessary and Proper Clause. Under those precedents, Congress may regulate“economic activity [that] substantially affects interstatecommerce.” United States v. Lopez, 514 U. S. 549, 560 (1995).

As I have explained, the Court’s continued use of that test “has encouraged the Federal Government to persist in its view that the Commerce Clause has virtually no limits.” Morrison, supra, at 627. The Government’s unprecedented claim in this suit that it may regulate not only economic activity but also inactivity that substantially affects interstate commerce is a case in point.

Would that people who take an oath to uphold the Constitution actually read our nation's highest law, as well as the laws they vote to enact. Dare to dream, I suppose.

Well, if the Feds are going to tax me, then as a small businees owner I intend to deprive them of income. I'll do more work under the table and for cash. I'll start running the Company at a loss then give myself loans to be paid back with interest from my stack of cash. I will beat them, they will pay for what they have done.
And we shall see what the States shall do. I'll move if I must but I will never give up I will never give in.

It appears that under the Robert's construction, if Congress can wrap any demand or restriction in the mantle of a tax, it is valid.

Since taxation must only be to fund legitimate activities of government, and those are described by the several limited enumerated powers, the Robert's construction seems to destroy the concept of enumerated powers.

If this is true, then this is Wickard on steroids and renders the Ninth and Tenth Amendments moot.

If this is true, we must call a Convention to rebuild anew what the Court has finally finished off. If we do not find a way to throw this self-funding and self-legalizing Leviathan back in chains, we will soon be swallowed up by it.