Fortunately there are no no significant pressing 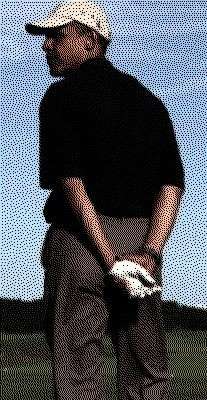 matters of concern on either the domestic or foreign fronts:

The president is golfing with White House chef Sam Kass, staffer Mike Brush and White House trip director Marvin Nicholson, a frequent golf partner of Obama’s... This will be the president’s 101st round of golf since entering office...

• Egypt Falls to the Muslim Brotherhood: The Muslim Crescent Greener on Obama’s Watch

• Egyptian President Mohammed Morsi: "Jihad Is Our Path and Death in the Name of Allah Is Our Goal"

Born in Indonesia, his past he has amnesia ...King Putt

His treason is with reason, cause the commie banksters wheels he is a greasin'...King putt

His princely form is a naked, but the press the people they has forsaken ...King Putt

Styrofoam columns, soro's is like his special gollum ...King Putt

Born a bastard son, under a foreign sun ...King Putt

Now the hour getting late, not much time for the country he hate ...King Putt

Destruction is a function, though time off for a golf and luncheon ...King Putt

Divide and conquer thinks his duty, when he fools the masses with his high falutin' doody ...King Put

He knows his days are numbered, his ideology lame duck unencumbered ...King Putt

It's the ones he hates the most, the ones between the coasts, bitter clingers who to look down upon, and grind them to the ground ...King Putt

He hates the thing he is not, something treason can not be bought, the prodigal creature with no past, under Liberty was never meant to last, with hubris and a thing furious and fast, a natural born American to the last ...King Putt

With murder in his heart, with a fictitious start, usurp the trust of a nation, corruption at the highest station ...King Putt

Diaspora no jobs for legions, his omnipotence is akin to a festering lesion, prosperity lost for no lawful reason, add insult to injury, 101 rounds of golf a hideous luxury ...King Putt