Just another Eric Holder scandal: withholding the same documents from Congress he gave to terrorists

It's so hard to keep all of Holder's scandals straight.

U.S. Attorney General Eric Holder is in the spotlight after the House Oversight and Government Reform Committee voted to hold him in contempt because he is refusing to provide documents related to the Fast and the Furious scandal. But there’s another scandal you should know about. For over one year, he has refused to hand over documents about the Muslim Brotherhood network in the U.S. 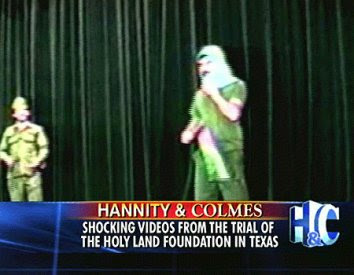 Rep. Louie Gohmert (R-TX), vice chairman of the House Judiciary Committee’s Subcommittee on Crime, Terrorism and Homeland Security, confronted Holder about the matter on Thursday, June 21. Rep. Gohmert wants Congress to have access to documents from the trial of the Holy Land Foundation, the largest terrorism financing trial in U.S. history. Five Foundation officials were found guilty of funding Hamas and evidence introduced by the federal government shows it was set up by the Muslim Brotherhood’s secret “Palestine Committee” in the U.S.

Three prominent Muslim-American organizations were labeled by the federal government as “unindicted co-conspirators” in the trial-the Council on American-Islamic Relations (CAIR), the Islamic Society of North America (ISNA) and the North American Islamic Trust (NAIT). The documents requested by Rep. Gohmert for the past year were provided to the Holy Land Foundation’s defense team, yet are being denied to Congress.

“They are terrorists, and we wanted the documents you gave to the terrorists. We are a year later, and we still don’t have them,” complained Rep. Gohmert. Holder replied that he’d only provide what is already available publicly.

You read that right: Eric Holder and his radicalized appointees at the Department of Justice won't disclose to Congress what they shared with terrorists.

Funny, I didn't hear about that on NBC Nightly News.