Senator Chuck Grassley, ranking member of the Judiciary Committee, has been investigating the government law enforcement strategy of allowing guns to “walk” across the Mexican border to drug traffickers for the past 18 months.  He and his staff have obtained several key documents through their investigation.  Links to key documents with a description of the importance of each follows here.

4.    January 31, 2011, Letter from Senator Grassley to ATF: Senator Grassley’s letter making clear that ATF whistleblowers had the right to talk to Congress and not be retaliated against. 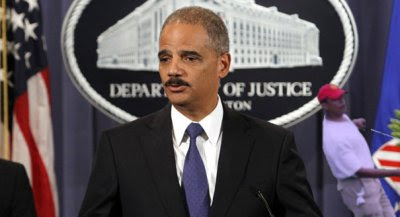 8.    April 13, 2011, Letter from Senator Grassley to DOJ regarding gun dealer emails: This letter quoted and attached emails from a gun dealer who expressed concerns to what ATF had been asking him to do and, because he had “some very close friends that are US Border Patrol agents in southern AZ,” wanted reassurances that the guns he had been encouraged by ATF to sell wouldn’t “ever end up south of the border or in the hands of bad guys.”  The emails show ATF assuring the gun dealer that ATF was monitoring the suspects, and organizing a visit of the Assistant U.S. Attorney to the gun dealer’s store to “put [him] at ease.”  This gun dealer was not the main gun dealer in Fast and Furious, but corroborated that gun dealer’s testimony.  Senator Grassley’s letter attaching these emails also asked, in light of these emails, if the Justice Department stood by its February 4, 2011, denial of gunwalking allegations.

10.    May 2, 2011, Letter from DOJ to Senator Grassley: The Justice Department’s response doubling down in its denials of ATF gunwalking.

11.    June 15, 2011, testimony to the House in front of House Oversight and Government Reform Committee: Senator Grassley’s testimony of his investigation to that point.  Summarizes details about the underlying Fast and Furious case.

12.    PowerPoint presentation from June 15, 2011, House Testimony:   Detailing the amount of guns sold in Fast and Furious.

13.    December 2, 2011, DOJ Letter to Senator Grassley and Chairman Issa – Retraction of DOJ’s February 4, 2011 Letter: Letter finally withdrawing the Justice Department’s assertion that gunwalking had not taken place, ten months after its initial denial and seven months after its reiteration of the denial.

14.    List of documents not produced by DOJ: On June 21, 2012, White House press secretary Jay Carney stated, “[W]e have provided Congress every document that pertains to the operation itself.”  This list indicates just a sampling of documents that the Justice Department has never produced but that investigators are either aware exist or have confidentially obtained copies of from whistleblowers.

Democrats who defend this behavior are disgraceful. They condone lying to Congress about a Justice Department operation that killed upwards of 300 people.

And White House spokes-hack Jay Carney -- if that is his real name -- is shameful.

Excellent work. This is the kind of information which new media is willing to disseminate while the old media is ignoring it.