It is ironic that just days before the 40th anniversary of the Watergate burglary we should also witness a jaw-dropping act of constitutional defiance by the current president. Then the issue was whether the president was above the law and could bend and stretch the powers of his office for whatever end he dubbed worthy. This time the issue is whether the president can write Congress out of the Constitution... 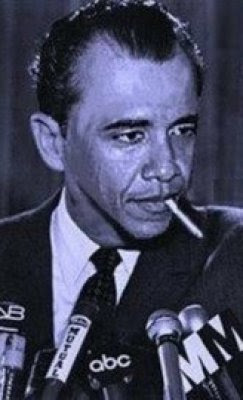 ...Under Article II, Section 3 of the Constitution, the president has the duty to “take Care that the Laws be faithfully executed.” This provision was included to make sure that the president could not simply choose, as the British King had, to cancel legislation simply because he disagreed with it. President Obama cannot refuse to carry out a congressional statute simply because he thinks it advances the wrong policy. To do so violates the very core of his constitutional duties....

This is not the first time this president has shown indifference to the rule of law. The commerce clause? Puleez. The individual mandate is the right thing to do. Hand out bushels of Obamacare waivers to political allies? Of course, it is the right thing to do. Invent privileges to avoid investigation. Appoint rafts of czars outside the Senate confirmation process. Trample on General Motors bondholders’ interests to bail out the United Auto Workers. Use taxpayers’ money to reward fat-cat contributors peddling “green” energy snake oil. It is all the right thing to do.

The president’s ambitions are unlimited. He wanted to force contractors to divulge campaign donations. David Axelrod wants to rewrite the First Amendment. And it’s accepted practice now to harass donors to your opponents.

Where's the uproar from old media? Are they letting Americans know that we have a true "Imperial President", who repeatedly defies the restrictions placed upon him by the Constitution? Of course not.

Because of their bizarre worldview, old media will now get to watch -- and keep their pieholes shut about -- the following Executive Orders that President Romney can and should write. 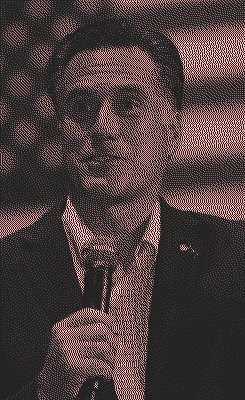 8. Strip all minimum fuel efficiency standards for automakers - order the Department of Transportation to cease enforcement of all CAFE standards.

7. Kill the Estate Tax - order the IRS to cease enforcement of penalties related to non-payment of Estate Taxes.

6. Not enforce 'Financial Reform' - instruct the Treasury Department and other regulators to cease all fines, levies, and regulations related to the controversial Dodd-Frank legislation.

5. Strip federal payments to teachers' unions - order the Department of Education to cease any activities that provide funds that could help pay teachers' salaries and, thus, union dues.

2. Implement a Flat Tax - order the IRS not to prosecute anyone who fails to pay more than an 18 percent tax rate.

1. Eradicate Obamacare - order HHS to cease implementation of all facets of the unpopular law.

How about eliminate most of federal guv?

We have to do something about abortion (I'd prefer it to be prosecuted the same way we prosecute the deliberate taking of another person's life: MURDER 1) cause we can't miss the chance to piss of the feminazis here....how about we fix the education system and stop the federal funding of it. give it back to the states and this might be a stretch but we're only as strong as our weakest link and that weakling is Kalifornistsan so we can give the state to Mexico (it's filled with Mexicans anyways)

"How about eliminate most of federal guv?"

Close. Let us try and be accurate with the terminology: rather than "eliminate", let us "restore" the federal government to the job in which it was originally intended: the collective defense of the States.

"We have to do something about abortion

In the end, refer to the Constitution. It has never failed us. We have failed it.

You got "The_Bad" The further we get from the Constitution and states rights(and responsibilities), the worse everything gets.

I'd like to see some fiscal prudence from President Mitt. Simply stop cutting checks when expenses exceed 17% of GDP.

How about closing our borders and enforce existing immigration laws? This will dramatically drive down healthcare costs immediately, not to mention securing the safety of our citizens who are being murdered on the US/Mexico border.

How about auditing the Fed and eliminating currency manipulation? Recognizing the inflation caused by the current administration and begin implementing pro-capitalism policies that will unleash the power of our free markets. http://miltonfriedman.blogspot.com/

If he campaigns on some of the points you highlighted, he'll never win the election....

Stripping the EPA of ALL of its enforcement power?

Giving Food Stamps to only the bottom 3 percent???

How many people do you think he'll lose in the general election if he follows these ideas???

@Robert, he doesn't have to do any of these things BEFORE the election. Just like our current Emperor, he can take an oath of office to uphold the Constitution, then promptly ignore it.