The ex-SEIU chief and current DNC executive director Patrick Gasbag (my spelling could be off) is nothing if not magnanimous and gracious: 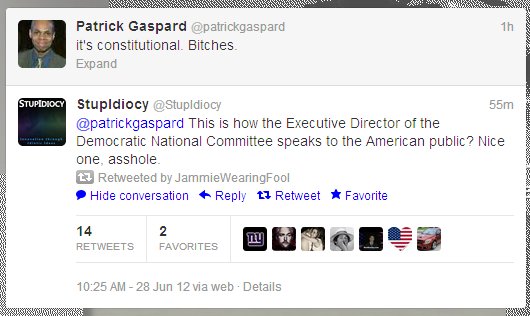 Conservatives, on the other hand, tend to express themselves in more creative and compelling ways: 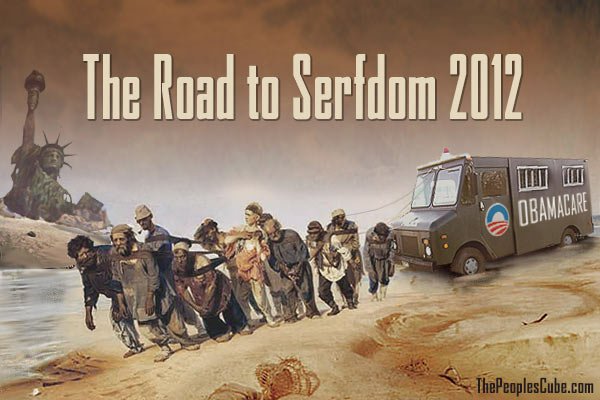 Today's decision by the Supreme Court is a disgrace. This kind of madness is so far removed from America's founding that the Framers would be flabbergasted. They wrote the Constitution to prevent the rise of an autocratic, centralized federal government. Their aim was to protect the rights of the individual, above all. They carefully enumerated certain powers to the central government, leaving the remainder to the states and the people.

But a series of petty, temporary politicians -- more invested in their own feudal power grabs and self-aggrandizement -- violated their oaths of office, decade after decade.

We have no choice but to politically crush these miscreants and replace them with true Constitutional conservatives.

Today's decision was a surprise to say the very least. That Roberts and Kennedy essentially played each other's parts is baffling.

However, the line of reasoning does stand up to initial scrutiny. The whole concept of the mandate being authorized in the Commerce Clause was rebuked. Congress does have the Constitutional authority to levy taxes, which is what Roberts says this law does.

The largest tax increase in the history of the world.

Did Roberts lose his marbles, or did he hand the GOP a silver platform in which to repeal the law in its entirety versus declaring one part of it moot while leaving the rest of it to fester?

Per Mitt, if we want to be rid of ObamaCare, we must be rid of Obama. We may find this ruling to be a gift. The next time progressives make this sort of attempt there is precedent against their arguments that this is "not a tax".