Democrats Vow to Show No Mercy to the Constitution

It would appear that the modern Democrat Party has declared all-out war on the nation's highest law: the Constitution.

The United States was born when rebellious colonists declared their independence from an imperial ruler who had vastly overstepped his bounds. “The history of the present King of Great Britain is a history of repeated injuries and usurpations, all having in direct object the establishment of an absolute Tyranny over these States,” they wrote in their Declaration of Independence.

Today’s presidency lacks the regal air of George III. But imperialism is back, in a big way. 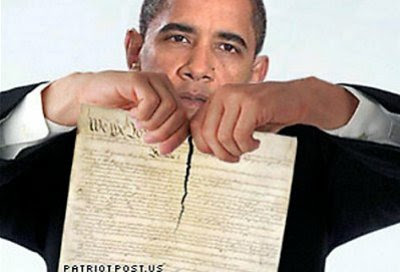 The President himself has admitted he doesn’t have the authority to do this. “The idea of doing things on my own is very tempting, I promise you, not just on immigration reform. But that’s not how our system works,” he told Hispanic activists last year. “That’s not how our democracy functions.”

We can now see before us a persistent pattern of disregard for the powers of the legislative branch in favor of administrative decision-making without—and often in spite of—congressional action. This violates the spirit—and potentially the letter—of the Constitution’s separation of the legislative and executive powers of Congress and the President... 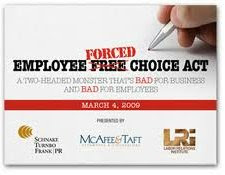 And, as Mark Levin pointed out last night, former Speaker of the House Nancy Pelosi proposed that Barack Obama abrogate the Constitution yet again:

Nancy Pelosi Calls for Constitutional Abrogation of the Debt Ceiling

House Minority Leader Nancy Pelosi urged President Barack Obama to avoid a new debt-ceiling showdown by stating that a statutory borrowing limit is inconsistent with Section 4 of the 14th Amendment, which states that "the validity of the public debt of the United States ... shall not be questioned."


At every level, this argument is specious and dishonest: "the public debt" described in the 14th Amendment refers to the f***ing debt that's already been issued.

Of course, every serious legal analysis holds that Congress and only Congress can raise the debt ceiling. 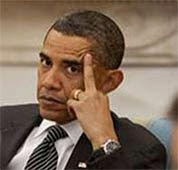 Democrats took an oath to uphold the Constitution. It turns out that they lied under oath.

They despise the Constitution and the Declaration. The modern, hard-left, sixties-retread Democrat Party would have excommunicated a war-mongering, tax-cutter like John F. Kennedy. That's right. They would have Joe Liebermaned JFK.

And after we turn the Democrat Party into the modern version of the Whigs, next up on our agenda will be the RINOs.

The Jeb Bush-Colin Powell wing of the Republican Party, nearly as addicted to power and big government as the Democrats, need to be replaced with Constitutional Conservatives.

Because the Constitution is our only hope of resuscitating this country. And November is coming.

That picture of the finger, you're looking at the President Unelect people.
He knows he's going to the ash bin of history. Hope he likes the company of Hitler, Goebbels, Stalin, Mao and Cain. He's outta here in November.

Excellent synopsis. A must read for all, especially those who remain ignorant of the tyrannical governance of BO and his shadow government.