Robert Cox alerts us to a disturbing use of school property: a childrens' indoctrination class orchestrated by Leftist moonbats in New Rochelle, New York (Liberals in New York? I'll alert the media). 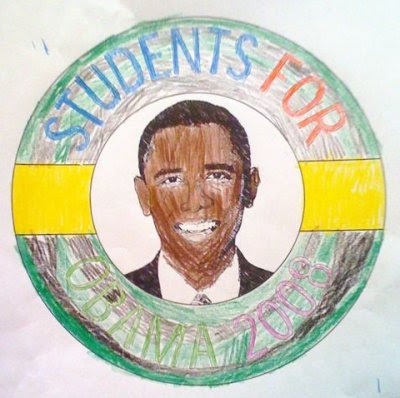 Students at [the] elementary school in New Rochelle, NY, a largely Democratic suburb of New York City with a City Council and School Board dominated by Democrats, were recently assigned an in-class assignment to color in drawings of Barack Obama to mark the occasion of the inauguration of the 44th President. The drawings depicted Obama in various heroic poses, flags waving in the background, but one drawing went beyond adulation into overt political activity disguised as a pedagogical exercise. The drawing is a campaign button, in the center of a circle Barack Obama is smiling surrounded by another circle with the words "Students for Obama 2008".

Do public school employees cross the line with this sort of thing? At least one student objected but her concerns were ignored.

"I was mad", the second grader told Talk of the Sound. "I wanted McCain to win".

Yes, my minions: it's time to help Robert out and contact Mr. Richard Organisciak, Superintendent of Obama Youth Schools in New Rochelle. You can email him at rorganisciak@newrochelle.k12.ny.us. Be polite but firm. Insist that schools are no venue for brainwashing our kids. 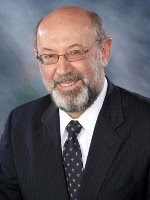 Mr. Or-gan-is-ee-ack, I am a citizen and a resident of New York. I was outraged to discover that your school system is operating a political action committee using students as unwilling pawns.

As a Republican and a taxpayer (but I repeat myself), I find it difficult to believe that your programs indoctrinate students with political tripe.

Tell you what, Mr. O, try teaching the Declaration of Independence and the Constitution to the kids. You'll produce more knowledgeable citizens who will be able to more easily discern propaganda.

Leave the Leftist brainwashing to the faculty at Journalism School.