Did Dick Blumenthal 'Apologize' While Accompanied by Another Phony?

An eagle-eyed observer just sent us this photo with the caption: 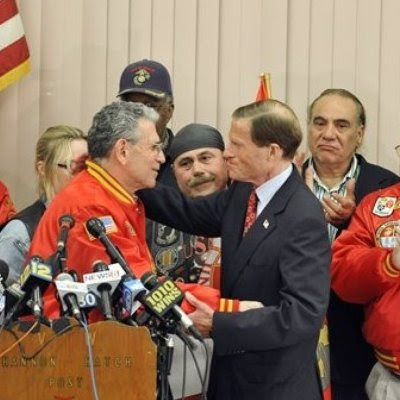 "Look carefully at the face of the man on the right. Now compare that face to this man." 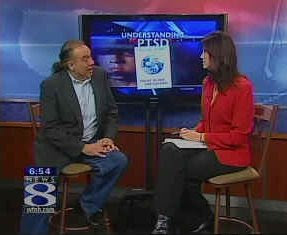 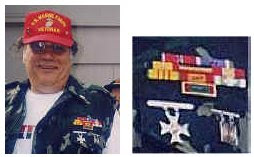 Trumpower, like Blumenthal, is a Connecticut resident and has made quite a name for himself hawking books on the Vietnam experience. The 'POW Networks Phony' database lists Trumpower's bogus credentials as follows:

It's entirely fitting if the staged Blumenthal apology was, as our anonymous contributor asserts, accompanied by another puffed-up bloviator.


Update: William Jacobson writes, "Well, the Storm guy was there, confirmed, so if he is a poser, then you have it."

I served during the Vietnam war.
If I rememer correctly we had the draft in force. If you were drafted you went to Vietnam. If you joined the Guard you did not.
Those that joined the Guard did so to avoid a tour in Vietnam.
Have Mr. B explain that one!!
How come the Guard vs being drafted??
LCDR/USN Ret

Coming up next for the Blumenthal campaign:
John Kerry endorses - while wearing his special Cambodian ops cap

I served in both Vietnam and the latest in Iraq and I know that every time I say that, people wonder if I'm telling the truth. This is one of the outcomes from all the phonies running around.

I told me wife the same thing that Don said. During the 1960s and early 70s, you didn't join the Guard or Reserve out of patriotic ferver, you did it because you knew that neither the Guard nor the Reserve would be deployed... how times have changed.

And I wondered how many of those standing on the stage with Mr. B were fakers... now we know that one was.

Question:
Internet sensation
Dale Peterson says he served as a "marine DURING Vietnam".

Was he IN Vietnam?

I thank him for his service but I am wondering if he is being a little sly.

From the people who Dumped Dodd - http://www.DumpBlumy.com

Only 2 types tear up when they see my Commie Obama hat: Soviet dissidents and [real] Vietnam Vets. They are the two groups walking among us that know the horrors of communism.

Actually, it was quite possible to be drafted and not go to Vietnam. I was drafted in 1969 and reported to my induction center in New Haven expecting to be sent to Ft. Dix and the start of two years in the Army. Imagine my shock and awe when I found myself being drafted into the Marine Corps -- they were suffering recruiting shortfalls at the time. So...off to Parris Island and a not completely unhappy ending. I was a college grad with a major in English literature (HOO-HA!!!), and the Marine Corps, being a relatively small force, sometimes made an effort to put round pegs in round holes. Tests and interviews followed, and I became a....computer operator, if you can imagine what that was like in 1969. Two years in the Carolinas and out.

One small word in this guy's behalf: USMC boot camp and infantry training were tough at that time, so he's entitled to take some pride there. The rest of it? I can't think how he's able to show his face in public, much less run for office.

None of the people with whom I volunteered to join the Marine Corps in 1966 has any idea of not going to Viet-Nam. Blumenthal went through all of his deferments and then got an officer's slot in the Reserve counting mess-kits or whatever cowards do who are afraid to fight.

I had to pay an orders clerk at Cherry point $20 to get me out of their with orders to the Nam.

Speaking unambiguously, I arrived in time for TET and served an extended tour. I can prove it.

If only every person in the world would follow all the rules that you gave... I think that everyone should come and visit your website
Sato Travel

your blog is nice and has good commnets also. thanks for posting good articles.
Sato Printer