BP to construct massive mosque over Gulf oil spill site in hopes of plugging leak, plus to 'stay on the President's good side' 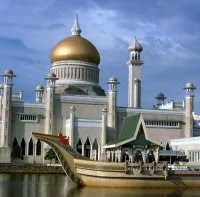 NEW ORLEANS (ASSOCIATED DEPRESSED) - BP intends to build one of the world's most massive mosques in order to "kill two birds with one stone", according to Vice President of Lubrication Services Harvey Von Frostie. The mission of the construction project includes stopping the leak, which was caused by a tragic accident on April 20th, as well as "ensuring we stay on the administration's good side."

At a press conference late Thursday afternoon, Von Frostie assured reporters that the project would be relatively "uncontroversial compared to the Mosque currently being constructed at Ground Zero."

Continued on Page B17

Image: PhotoFurl. Linked by: Michelle Malkin and Doug Powers. Thanks!

Don't Cry for Me, America

What really happened
at 7:14 PM
Email ThisBlogThis!Share to TwitterShare to FacebookShare to Pinterest
Labels: extremism, Water-cooler

This Masjid look so nice.They constructed very nice masjid for people its very perfect one.I am very glad about this one Its so nice one for me.

is this supposed to be funny?

@Anonymous, it seems funny to me and I'm the only person who counts, you pencil-necked twerp!