A Panoply of Headlines Sure to Please the Administration...

...as they hasten to destroy capitalism once and for all -- before the November elections get here. 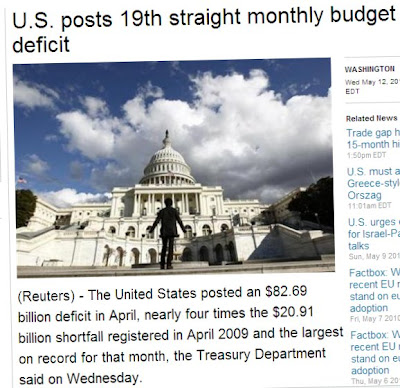 The United States posted an $82.69 billion deficit in April, nearly four times the $20.91 billion shortfall registered in April 2009 and the largest on record for that month, the Treasury Department said on Wednesday.

It was more than twice the $40-billion deficit that Wall Street economists surveyed by Reuters had forecast and was striking since April marks the filing deadline for individual income taxes that are the main source of government revenue... officials said that in prior years, there was a surplus during April in 43 out of the past 56 years. 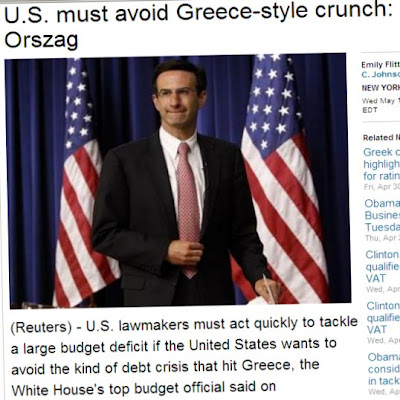 U.S. lawmakers must act quickly to tackle a large budget deficit if the United States wants to avoid the kind of debt crisis that hit Greece, the White House's top budget official said on Wednesday.

Say, Wally, if that's the White House adviser, what are the alarmists saying?

US More Bankrupt Than Ever - $83 Billion April Deficit Is Record 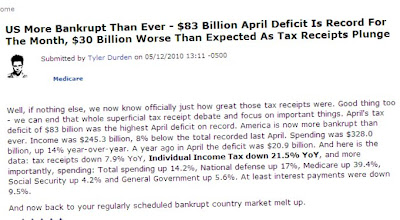 Well, if nothing else, we now know officially just how great those tax receipts were. Good thing too - we can end that whole superficial tax receipt debate and focus on important things. April's tax deficit of $83 billion was the highest April deficit on record. America is now more bankrupt than ever. Income was $245.3 billion, 8% below the total recorded last April. Spending was $328.0 billion, up 14% year-over-year. A year ago in April the deficit was $20.9 billion. And here is the data: tax receipts down 7.9% YoY, Individual Income Tax down 21.5% YoY...

Is there a way that President Axelrod can blame Bush? 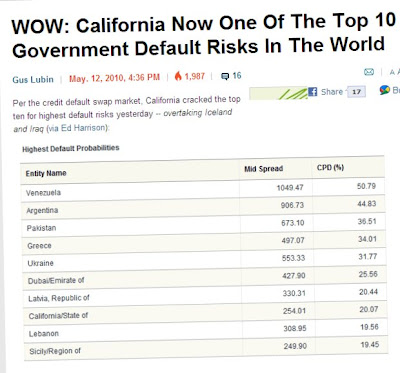 The U.S. Government Is About To Get Hit With 'The Perfect Storm' Of Debt 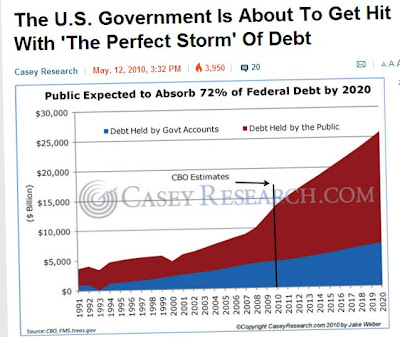 Hearing President Obama’s economic peptalks, you might be under the impression that the U.S. needs to keep spending for just a little while longer to stimulate the economy – but then will swear off big deficits... [But] what happens if the government hits all three landmines – the revenue landmine, the interest expense landmine, and the military spending landmine?

In other words: total economic collapse.

In the midst of a self-induced fiscal calamity, Democrats in Congress and President Obama plan to ram $200 billion in new deficit spending through before the Memorial Day recess. I have no adjectives left to describe the level of irresponsibility that our ostensible leaders are exhibiting.

Congress faces a crush of votes on big-ticket items before the Memorial Day recess, setting up a debate on deficits less than six months before the November elections... Democratic leaders are looking in the next three weeks to send President Barack Obama a slew of measures that cost more than $200 billion, including a multiyear extension of unemployment benefits, an extension of expiring tax provisions and Medicare doctor payments totaling $180 billion and a $33 billion Afghanistan war supplemental bill. 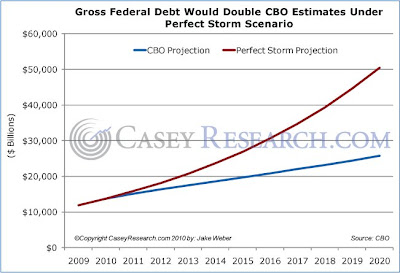 Because most of those costs won’t be paid for, Republicans plan to use those bills and the Democrats’ budget blueprint to highlight massive deficits ahead of the congressional midterm election. Republicans have recently been pointing to Greece’s dismal fiscal situation as a warning, claiming that the U.S. will be headed for a similar fate unless the deficits are curtailed.

There is a common misconception that somehow so-called trade deficit is a bigger crisis, but really it at odds with our growing budget deficit is no connection. There is a significant difference here to be ready but that's a whole other post.
Orszag quote: "proposals to cut government spending, the specifics of you to see what people are willing to cut, it is often very low. Amounts" are experiencing it right In the U.S. we source most of the issues.
Just as people continue to refuse this face to Greece, then we do. The denial is where they landed, it soon with the U.S. as well be.