IMF: Say, Sparky, right about now wouldn't exactly be the best time to increase federal spending -- unless you wanted to trigger an economic collapse

The latest edition of the International Monetary Fund's Fiscal Monitor (PDF) was made public on Friday. Even the terse, spare prose of economists living on various governments' tabs could not conceal the ominous message: this ain't exactly the time for any country -- least of all the United States -- to take on more debt. 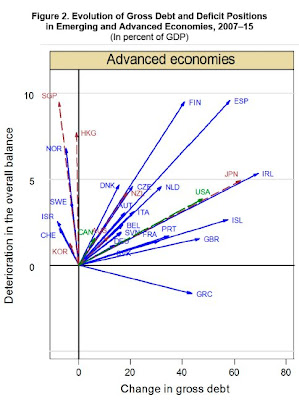 In terms of adding both gross debt and overall deficit (as a percentage of total economic output, or GDP), the U.S. is outspending Portugal, Great Britain, Italy and -- wait for it -- Greece. This level of deficit spending, on the heels of massive borrowing in 2009, is simply unsustainable. 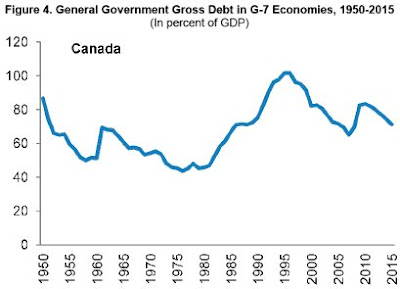 Canada is reducing its debt. 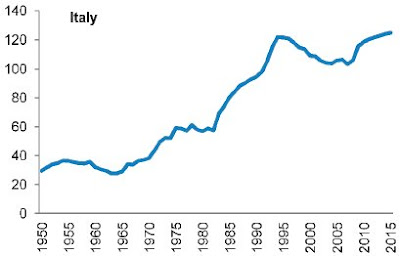 Italy's borrowing has increased recently, though at a much slower rate than prior years. 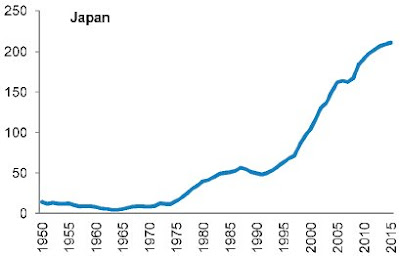 Even Japan, which sells its debt primarily to its citizens, has begun to slow the rate of growth. 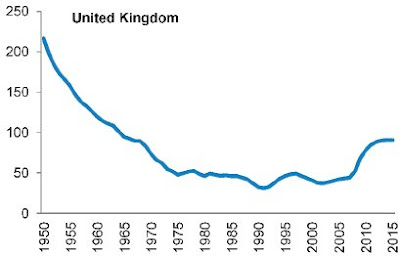 The United Kingdom has reined in its debt growth as well, as evidenced by the flattened hump. 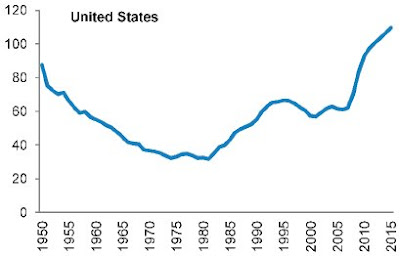 Meanwhile, the United States' deficit spending looks like a moonshot. 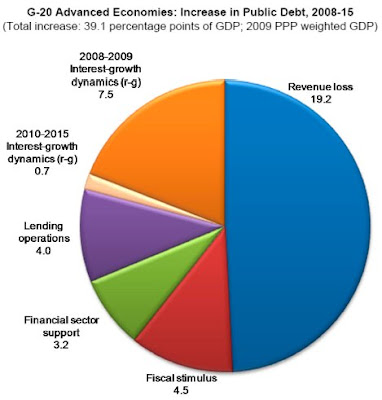 Despite all of the TARP spending and so-called "fiscal stimulus" programs, the U.S. and other developed countries suffer from dramatic downturns in revenue. For you drones out there, that means the real, private economy is flat on its back. Real businesses like energy, insurance, manufacturing, etc. You know, the ones that you Marxists hate. 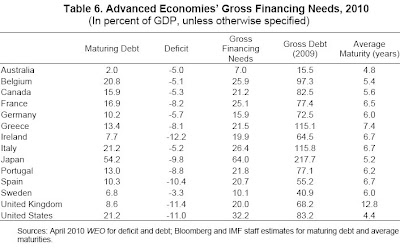 This year alone, the U.S. has bonds (debt) representing 21.2% of its entire economic output coming due (maturing). This means that new debt must be issued. Heard of a Treasury Auction? That's a sale of debt and the amounts that must be refinanced are staggering. 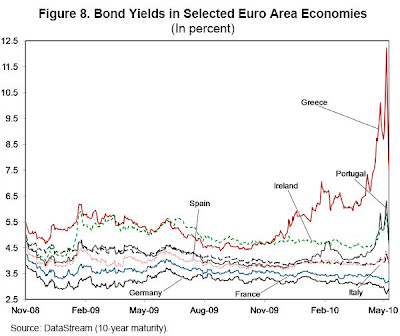 The risks are immense. Consider Greece and the panic it caused. The chart directly above depicts interest rates on various countries' debt from November 2008 to May 2010. As investors lost confidence that the Greek government could make its bond payments (service the debt), interest rates skyrocketed. This helped precipitate the 1,000-point drop in the Dow that we experienced little more than a week ago. The risk for the U.S. is stark: should investors conclude that the federal government will be unable to make its bond payments, our interest rates will necessarily skyrocket. The result would be hyperinflation and economic catastrophe, not dissimilar to the pre-Hitlerian days of the Weimar Republic when the German economic system melted down and its currency became worthless. 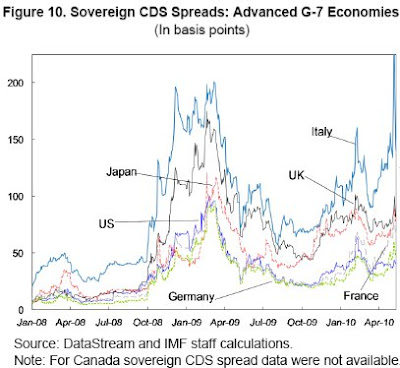 The cost to insure yourself against a governmental default -- a failure to make its interest payments -- is called a CDS spread and is represented here. You can clearly see what occurred to the price of Italy, France and the U.K. CDS when Greece began to implode. 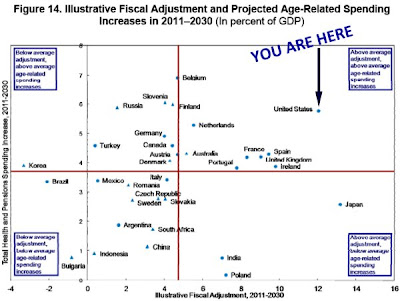 The IMF also attempted to predict the effect of new deficits, based not only on projected spending but also entitlement programs (Social Security, Medicare, etc.) that will suffer from massive growth as the population ages. Based on this measure, the U.S. fiscal situation is the worst in the world. Its projected budgets are, by far, the most irresponsible on the planet. 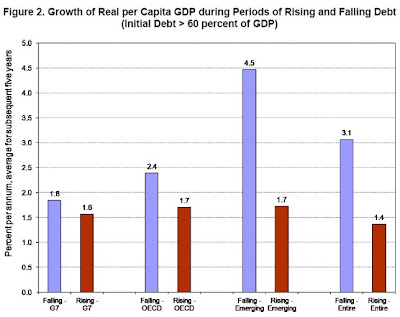 And as for the Keynesian School of Economists -- the Paul Krugmans of the world who believe that governments should grow unchecked and spend their way out of recessions -- this graph shows that the Obama-Democrat plan for spending was doomed from the start, as we conservatives predicted. Put simply, the lower the deficit spending, the better your economy will grow.

That's what our founders knew. That's why they tried to restrain what the federal government could do with specifically enumerated powers. You know, that living-and-breathing contract with America called the Constitution.

Even the IMF is trying to tell us to stop the insanity: "If governments fail to signal a credible commitment to reduce debt ratios, the resulting increase in interest rates (and decline in growth rates) could increase the [possibility of a dangerous financial condition]... fiscal adjustment will require a sizable, and sometimes unprecedented, effort."

Democrats in Congress are not reducing or stabilizing debt... they are increasing debt to heights never before seen in world history, including a new entitlement program that threatens to capsize the fiscal ship of state.

Call it an Obonzi Scheme that puts this country on the precipice of disaster.

It's November or never, my friends.

we've enetered the age of austerity.

we can doi ti the easy way or the hard way:

the easy way is before a collapse through tax cuts and spending cuts...

thanks for the charts. :)