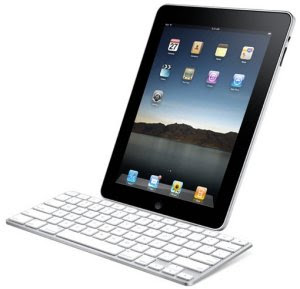 Writing at Business Insider, Jeff Jarvis describes the next stage of the administration's systematic obliteration of the Constitution: federalizing newspapers and killing blogs. The Federal Trade Commission has posted its "potential policy recommendations to support the reinvention of journalism", which is not only an unprecedented federal overreach, but truly a repudiation of the First Amendment itself.

Consider what Jarvis calls 'the iPad tax' -- a 5% fee on all consumer electronics -- which is intended to raise $4 billion a year. That money would be spent on government-funded news.

The Implications of Government-Funded News...

...are well nigh horrifying. Not only does the FTC propose "circling the wagons" around old media -- The New York Times, The Washington Post and the like -- the financial lifeline supplied by the federal government would also serve as a leash. If you thought old media was aligned with the mission of the Democrat Party before, just wait until it's dependent upon the feds for salaries and benefits.

...through a series of bizarre policy recommendations that are predicated upon the following conclusion: 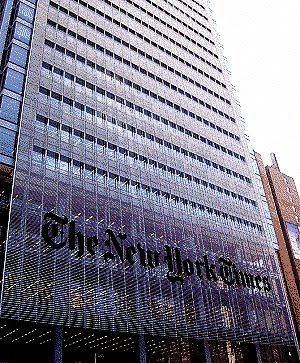 [N]ewspapers have not yet found a new, sustainable business model, and there is reason for concern that such a business model may not emerge. Therefore, it is not too soon to start considering policies that might encourage innovations to help support journalism into the future..

By "journalism", the FTC means "newspapers" and by "encourage innovations" the FTC means stifle competition. Among the FTC's suggestions:

• Tightly limit what search engines and news aggregators (like Drudge Report) are allowed to report;

• Potentially define certain kinds of news reports as "proprietary facts" rather than events in the public domain;

• Rather than protect consumers against price-fixing (one of its missions), the FTC rallies around antitrust exemptions for newspapers that could help them monopolize news distribution;

• Redistributing wealth from individual taxpayers to old media, which would serve to bolster the coffers of newspapers while simultaneously reducing journalistic independence and truly creating a "state-run media". 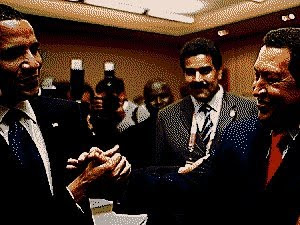 Jarvis concludes that the real problem with the FTC's position "is the alignment of the legacy institutions of media and government. Here, the internet is not the salvation of news, journalism, and democracy. It’s the other side."

I think Jarvis is naive: this is nothing less than a sinister, diabolical effort to shred the First Amendment and create a state-run media complex designed to report only what the government wants reported.

This is an utterly ominous development and one that should remind readers why this President embraces dictators like Hugo Chavez. He seems to envy the control that dictators exercise over their subjects.

And he seeks to emulate them.

we no longer have a government. what we have is a coup to ensure democratic party control for eternity.

I can not see something like this getting past the Supreme Court. At least, not the court as it's now seated. However, I would put nothing past this administration to figure a way to change the facts on the ground.

If I were one of the conservative judges, I'd be having someone else start my car for me.

Maybe the journalist wanna bees should trey telling the truth for once. I bet you could base a business model on that, FNC seems to be doing fine.

So a newspaper in Rabithash, Ky does a story and it gets linked by Drudge.
Suddenly the newspaper's advertisers are seen by 100,000 people instead of the usual 47 subscribers, that's bad for business? Have I got this wrong?

With Sotomayor and Kagan on the court, who really knows?

@Bones - that's the dilemma Murdoch faces. He criticizes Google for "stealing" his headlines, yet depends upon them for massive amounts of traffic.

And folks would rather drop Fox than Google.

@directorblue;
The issue then becomes can Fox (or whoever) charge the advertisers for the (average?) Wide Web readership exposure? It would vary widely by story; it's not like the whole publication is now in a potential consumer's hands.

And some of us use AdBlock!
:D

Chavez and the PSUV have been in governmnet for the last 11 years.
For the past few years the PSUV has dominated congress. Since the failed coup of 2002, Chavez's allies have dominated the army. If the socialists wanted Venezuela to be a dictatorship there would be no anti - Chavez media there, no Chamber of Commerce, no anti- government rallies, no state, district or city controlled by the Yanquistas.

Those who seek a coup in Venezuela, seek to establish a Pinochet or Franco fascist regime.

I could see the news operations and bloggers going offshore. I'm sure that some Caribbean island country could add to their income by putting out the welcome mat. Along with first class medical care, trans fat cooking and light from incandescent bulbs, they could make a pile of money.

THANK YOU for this post! Keep up the great writings!!

Thanks for such a great post and the review, I am totally impressed! Keep stuff like this coming.Yes, I agree with the view from upstairs.

there are lines showing gentle sense of female silhouette, their clothes cut are all close to the body,if you are intreasted in it,please click moncler jaclets Amigo T1258, make an aggressive improvement regarding to the picture moncler uomo quality, fully meeting the imaging standard of
moncler donna mainstream digital camera.. Hardy signed a license agreement with the apparel
moncler mencompany Ku USA, Inc. in 2002 to use his designs to produce boots. After two years moncler women his artwork had begun to catch the attention of many other major MBT shoesboots companies as well. Since the 1980s Ed Hardy build up one of the most famous tattoo art businesses in the world in San FranciscoMBT footwear and has published many books about tattoo art

At OfferVault.com, find extensive resources on Affiliate Marketing. Get the best tools, resources, advice and programs for making money online with CPA offers and Affiliate Programs.