The Houston Chronicle reports that the Medicare system in the state of Texas has flatlined. That's the same system Democrats ignored, presumably because they were too busy ramming an unconstitutional socialized medicine bill down the throats of taxpayers.

What do you call a Midas Touch with a slight twist -- anything that the person touches turns to diarrhea? Yes, it's an unpleasant image, but perfectly apt for the modern, Obama-Pelosi Democrats.

Texas doctors are opting out of Medicare at alarming rates, frustrated by reimbursement cuts they say make participation in government-funded care of seniors unaffordable.

Two years after a survey found nearly half of Texas doctors weren't taking some new Medicare patients, new data shows 100 to 200 a year are now ending all involvement with the program.

“This new data shows the Medicare system is beginning to implode,” said Dr. Susan Bailey, president of the Texas Medical Association. “If Congress doesn't fix Medicare soon, there'll be more and more doctors dropping out and Congress' promise to provide medical care to seniors will be broken.”

...The largest number of doctors opting out comes from primary care, a field already short of practitioners nationally and especially in Texas. Psychiatrists also make up a large share of the pie, causing one Texas leader to say, “God forbid that a senior has dementia.”

The opt-outs follow years of declining Medicare reimbursement that culminated in a looming 21 percent cut in 2010.

These deadly changes represent only the tip of the administration's central planning iceberg, the real goal of which is to implement a single-payer system.

The health-reform law caps how much insurers can spend on expenses and take for profits. Starting next year, health plans will have a regulated "floor" on their medical-loss ratios, which is the amount of revenue they spend on medical claims. Insurers can only spend 20% of their premiums on running their plans if they offer policies directly to consumers or to small employers. The spending cap is 15% for policies sold to large employers... 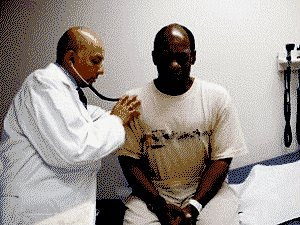 ...Restrictions on how insurers can spend money are compounded by simultaneous constraints on how they can manage their costs. Beginning in 2014, a new federal agency will standardize insurance benefits, placing minimum actuarial values on medical policies. There are also mandates forcing insurers to cover a lot of expensive primary-care services in full. At the same time, insurers are being blocked from raising premiums...

...The Obama health plan puts expensive new mandates on doctors, such as a requirement to purchase IT systems and keep more records. Overhead costs already consume more than 60% of the revenue generated by an average medical practice, according to a 2007 survey by the Medical Group Management Association. At the same time, reimbursement under Medicare is falling. Some specialists, such as radiologists and cardiologists, will see their Medicare payments fall by more than 10% next year. Then there's the fact that medical malpractice premiums have risen by 10%-20% annually for specialists like surgeons, particularly in states that haven't passed liability reform.

Unintended consequences like these are the inevitable result of central planning. Which masterminds among us could possibly predict the impact of these dictates upon hundreds of millions of affected individuals? Nancy Pelosi? Bart Frickin' Stupak? Harry Flipping Reid? Barack Milhaus Obama?

Everyone knows that ObamaCare is doomed to failure. The only open question is how much damage it does before patriots can put the brakes on.

Democrats have done more to challenge the American people and "representative government"! As far as I'm concerned, everyone should go to jail for violating the oath of office, he and she swore to defend
sd card

Heh, should read "reverse Midas Touch, with a twist".

Everything they touch turns into diarrhea, worse than crap and harder to clean up after.

If you are a parent, you know how true this is.