The New York Times offers us a rare glimpse into the Sunday meetings at which the president and his key advisers plot his reelection campaign. 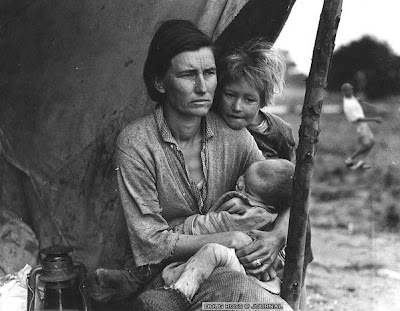 ...[the] previously undisclosed sessions, which take place nearly every other week just across the hall from the Oval Office, are designed to bridge a divide between his campaign headquarters in Chicago and his aides in Washington in preparing for what Mr. Obama and his team anticipate will be a grueling race against Mitt Romney.

The cast of top advisers - a group limited to 10 in hopes of streamlining the meetings - offers a revealing look at the pecking order of the hierarchy in the Obama campaign... Neither Vice President Joseph R. Biden Jr. nor any other cabinet members are on hand. Instead, the room is filled with a group of trusted confidants who were at Mr. Obama's side during the last campaign.

The attendance roster, which was confirmed by multiple people familiar with the list, reveals a mix of White House staff, including David Plouffe, a senior adviser and campaign manager from 2008; Jacob J. Lew, the chief of staff; Valerie Jarrett and Pete Rouse, senior advisers; Dan Pfeiffer, the communications director; and Alyssa Mastromonaco, a deputy chief of staff who has worked for Mr. Obama since his days in the Senate.

What I found most interesting however, was not the machinations of his Red Diaper Baby advisers like Axelrod and Jarrett. Instead, it was the numerous references to Obama's lackadaisical schedule and the ridiculous amount of time he spends screwing around. Consider the following snippets from the Times article:

• "...The gathering often takes place after Mr. Obama's regular Sunday round of golf..."

• "...aides say he still spends far more time on his iPad checking scores on ESPN than obsessively reading up on Mr. Romney..."

• "...[He] is set to open his re-election campaign formally on Saturday with back-to-back rallies in Ohio and Virginia..."

If you'd like to get a daily sense of the president's oh-so-busy schedule, I'd encourage you to visit White House Dossier on a daily basis. Keith Koffler does an outstanding job capturing the view from the White House press room -- sans the recycled DNC talking points. And he also publishes Obama's daily schedule, which -- to put it mildly -- is less than rigorous.

But it's only the most important job in the world, don'tcha know?

President Obama, when he is in his de facto office upstairs – the one that is closer to Jarrett’s own office, and a short hop over to the residence, he spends his time there often in shorts, or sweats, a t-shirt, and those sandal things…flip-flops...

...There is a large screen television in there and that’s where hours of his time are spent when he is actually at the White House. Day in and day out. The First Lady rules the residence, and the president heads over to his second floor West Wing study. Starting around last spring, he started to take regular briefings in there. And the instructions that went out on those briefings to the president were that they were to be most importantly – brief. Anything more than about 15 minutes is unacceptable to Obama. So let’s look through the eyes of someone heading into Barack Obama’s upstairs office at the White House to give him a briefing. Maybe it’s on national security. Maybe the economy. Energy policy. Whatever – doesn’t matter. 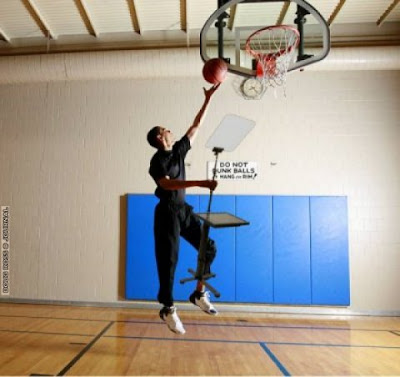 The scenario being played out these days is pretty much the same regardless of the particulars. You knock on the door – it’s always closed. Always. Often you have to knock for some time before being given approval from inside to enter. The big screen will be on – the volume loud. You can easily hear it from outside the door. The sports channels are the ones most commonly playing, though sometimes the channel will be set to music, or Fox News.

Sometimes Valerie Jarrett might be there, but most often it is just the president and his personal aide. A large leather chair will be facing the television – it’s well worn. Not part of the White House furnishings but something the president must have brought in from back home. That’s where you’ll most often find the President of the United States – the most powerful man in the free f***ing world.

He often sits with one leg draped over one of the chair’s arms and the other leg stuck straight onto the floor. Shorts, sweats, a t-shirt, and like I said, no shoes or just those sandal things that so many of the younger people like to wear these days. And that leg that’s draped over an arm of the chair will be bopping up and down, like…like someone with a lot of nervous energy. Like a kid does. And there’s the smell of smoke hanging on the president. The guy never quit smoking – that was all bulls***. I told you that already. In fact, there’s one of those smokeless ash trays on the desk in there. And that desk, it’s a mess. Magazines spread out all over it. Stupid s*** too. Real low brow reading material the president is into. People. Rolling Stone. Lots of those tabloid things. The most common thread with this s*** is it’s about the president. If it’s about him, he’s gonna read it. Good or bad – doesn’t matter. If somebody is talking about him, he’s reading it. He’s watching it. Whatever. The guy’s self-obsession is off the f***ing charts.

Accurate? I don't know. But it certainly fits the Times profile.

One thing is clear: we need to remove President Obama from the Labor Force Participation Rate in November.

This is so depressing that I could weep...

and Barack Hussein's plan for laying America low and stomping on her head while she is on the ground, continues at full speed ahead.

anyone who really thought this guy was some actual American going there to help our nation is A GENUINE FRIGGING VILLAGE IDIOT. I mean that's criminal-level stupidity right there, to believe that. especially now.

selfish shallow racist America-hating narcissist national socialist who is doing his level best to end what we knew as America = that is what this man who conned his way into our white house is, and all of his loyal thugs and helpers are the same. and they don't just hate America as it was founded, they hate the people who love America too.

Obama is pathetic but we as a nation are more pathetic first for voting him into office and secondly for allowing him to stay in office.