OBAMA HAS SOWN THE SEEDS OF WAR: The Middle East Arms Race Explodes

We’ve heard that many Arab leaders are peeing in their caftans in response to Obama’s nuclear rapprochement with Iran. Now we’re beginning to see the results. As Obama’s deal with Iran gets closer, the panicky Gulf States are asking for assurances, weapons and security pacts from Obama before they take matters in their own hands. Can you spot the problems with anything Obama might promise them? 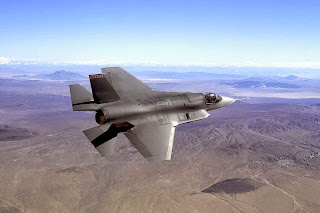 • It’s hard to take anything the man says seriously.

• Would you stake the life of your country on his word?

• Then there’s that pesky Congress. Even if they cave, it will take some time, and a nuclear deal will be signed by then.

• Nothing beats having nuclear weapons in your back pocket, just for use during emergencies.

• Obama will (hopefully) be gone in a short time and no one knows who will follow his act.

• Only madmen would use nuclear weapons. Remind you of anyone?

• Obama has shown his weak hand and his strong intentions to appease Iran.

• Only last week he looked away while Iran commandeered a ship that he was duty-bound to protect.

• Everything in Obama’s mind is subordinate to making “the deal.” Ergo, anything he says is disingenuous and born of expediency.

• There’s a more reliable way for the Gulf states to guarantee their security: reach understandings with someone you can trust. Israel.

WASHINGTON—Leading Persian Gulf states want major new weapons systems and security guarantees from the White House in exchange for backing a nuclear agreement with Iran, according to U.S. and Arab officials.

The leaders of the six-nation Gulf Cooperation Council, including Saudi Arabia, the United Arab Emirates and Qatar, plan to use a high-stakes meeting with President Barack Obama later this month to request additional fighter jets, missile batteries and surveillance equipment.

They also intend to pressure Mr. Obama for new defense agreements between the U.S. and the Gulf nations that would outline terms and scenarios under which Washington would intervene if they are threatened by Iran, according to these officials.

You mean like the protectorate obligation the U.S. has with the Marshall Islands, which Obama just ignored when Iran hijacked the Maersk Tigris?

...Any moves by Mr. Obama to meet Arab leaders’ requests could face headwinds in Congress and new friction with Israel, given the continuing negotiations on an Iran nuclear deal.

...“These countries are in the most vulnerable geographical areas, and I think they have a legitimate concern about Iran,” said [Rep. Eliot, Democrat of New York] Engel, who has discussed the requests with Arab officials in recent weeks. But, he said, “We have to make sure that Israel’s qualitative military edge is kept.”

Riiiiiiiiight. I'm sure Obama will be on board with protecting Israel.

Saudi Arabia, the U.A.E. and Qatar share Israel’s concern about a nuclear deal with Iran, but haven’t diplomatic ties with Tel Aviv. A top concern among the Gulf nations and Israel is the expected unshackling of Tehran’s finances under the nuclear agreement that the U.S. and five other world powers are seeking with Iran by a June 30 deadline.

Iran’s neighbors fear such an influx of cash could allow the country to pour even more arms and funds into its military allies and proxies in Syria, Iraq, Lebanon and Yemen.

...Under terms being discussed, the U.S. and its allies would also be required eventually to release more than $100 billion of Iran’s oil revenues now frozen in overseas bank accounts.

Let me repeat: Obama's deal will not only allow Iran to quickly attain nuclear weapons capability, but it would also hand the terror regime $100 billion.

I have looked at your blog and I really impressed with the entire structure. I loved the way you maintained the posts in the blog.Recently I read one article about the topic Blogging Tips for Beginners wrote by genuine writers from essay writing service reviews site.