Atlanta drivers -- and many others throughout the South -- are suffering through fuel shortages resulting in long waits at gas stations. Linda Gregg of Virginia Highlands waited two hours to gas up her Toyota Prius. 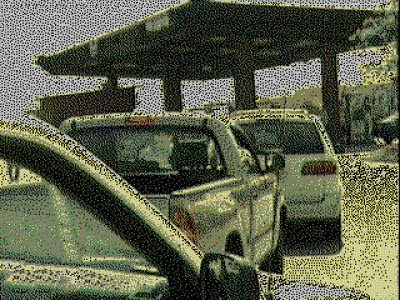 "It's ridiculous, utterly ridiculous. What is this, Haiti?" Other drivers agreed, some of whom had driven dozens of miles trying to find a gas station with fuel. The Democratic leaders pointed out that their 30 year track record speaks for itself.

A proud tradition, to be sure, and one certain to get more Democrats elected in the fall.

* I'm pretty sure this is what they said, but the dog was barking when they were talking, so I won't guarantee the transcription.
at 8:46 PM
Email ThisBlogThis!Share to TwitterShare to FacebookShare to Pinterest
Labels: Democrats, Energy, Pelosi, Reid