The Secret War with Iran

In August 2007, because certain intelligence agencies were not convinced of Israeli claims that President Bashar Assad was engaged in the construction of a nuclear weapons facility, Israel sent sent 12 members of the Sayeret Matkal commando unit into Syria in two helicopters to collect soil samples outside the site in question. 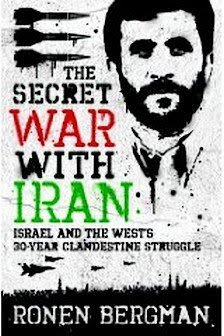 Needless to say, this was a highly dangerous operation. And it very nearly went wrong. The commandos were almost exposed when a Syrian patrol drove past the landing site where the helicopters were parked.

But it was well worth it. The results provided "clear-cut proof" of the nuclear project," ... A month later, Israel bombed the site, and in so doing reemphasized the Begin Doctrine - Israel's insistence that, for the sake of its own survival, it will not allow the deployment by hostile neighbors of weapons that might be used to destroy it...

[The] Syria's nuclear facility - whose purpose he states unambiguously was "the production of plutonium for the manufacture of atomic bombs" and whose construction, he reports, was a tripartite endeavor: "At a series of secret meetings between representatives of the three sides, held mainly in Teheran, it was decided that Syria would supply the territory, Iran the money [$1 billion-$2b.], and North Korea the expertise..."

...The raid on Syria marked an important reassertion of Israeli military capability. The killing of Hizbullah terror chief Mughniyeh in the heart of the Syrian capital in February - for which no party has claimed responsibility - should also have sent a certain deterrent message. The defection to the CIA of top Iranian intelligence adviser Gen. Ali Reza Askari last year was another success. 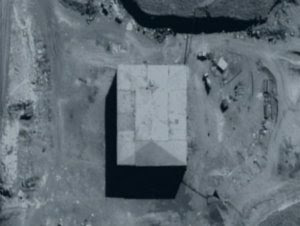 ...Bergman also lists a series of sabotage operations that have prevented Iran from being even closer still to the bomb: A leading expert on electromagnetics who worked at Iran's Isfahan enrichment facility found dead at his home last year, and reports of an explosion at his laboratory; three or four planes crashing inside Iran in 2006 and 2007 with personnel connected to the security of the nuclear project on board; insulation units for the centrifuge enrichment process discovered to be unusable; various explosions caused by faulty equipment at the main Natanz facility and at Isfahan, including the wrecking of 50 centrifuges when two transformers blew up at Natanz in 2006. In language presumably negotiated painstakingly with the censor, the last of these incidents is attributed to "efforts implemented jointly with the United States."

...The latest information... is that some 3,000 centrifuges, in 18 cascades, are now enriching uranium, "under great technical difficulties," at Natanz. Nearby, the Iranians are building a plant to hold another 30,000 to 50,000 centrifuges - and building it underground to ensure no repeat of Israel's successful raid on Saddam Hussein's nuclear reactor at Osirak. Already, Natanz is protected by no fewer than 26 anti-aircraft missile batteries, and this and other of its nuclear facilities, he writes (despite others' claims to the contrary), already have the advanced Russian-made S-300 missiles among their defenses.

Meanwhile, at the Parchin military complex, notwithstanding the complacent conclusion of the NIE last year, the Iranians are hard at work on the final phase of the journey to the bomb - having made "considerable progress" in mastering the process of emplacing enriched uranium into the device that starts the devastating chain reaction. They are also making headway, Bergman writes, "in acquiring the expertise required to manufacture nuclear warheads that can be fitted to their missiles..."

...[The book] makes for a horrifying read. Essentially, his book demonstrates an ongoing incapacity - by Israel, the US and the rest of the free world, but, critically, featuring Israel as the first potential casualty - to internalize the extent of the Iranian threat and act effectively to thwart it. The powers that are faced off against expansionist Islam have consistently underestimated the cunning, viciousness and determination of the chief state sponsor of that ideology, Iran, and its various offshoots, proxies and allies, notably including Hizbullah and Hamas. 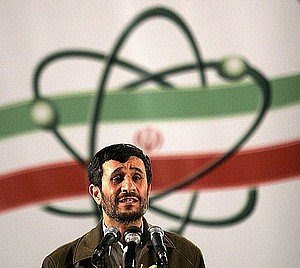 Time and again, Western weakness, capitulation and inaction has emboldened Islamic extremism. Between 1980 and 1997, for instance, Iran assassinated close to 200 "dissidents" in attack after attack across Europe, and European nations, on the whole, barely lifted a finger to stop them. Why would Iran not be emboldened?

..."Iran and Hizbullah are more sophisticated, effective and determined adversaries than Israel and the United States have previously encountered in the Middle East. These new enemies, the Shi'ites of Iran and Lebanon, have repeatedly outwitted Israel and the West, beating them across the board in politics, in intelligence gathering and in war."

Now Iran is on the brink of attaining the ultimate tool for expanding the Islamic Revolution, the nuclear bomb, and still the international community hesitates and bickers and even undermines its own ineffectual trade sanctions.

Ten years ago, Dr. Iftikhar Khan Chaudry, a former research officer in Pakistan's nuclear project, sought political asylum in the United States, claiming he would be killed if he returned home. In his affidavit, which was found to be credible and led to his being granted the refuge he sought, he detailed how A.Q. Khan had marketed Pakistan's nuclear expertise and materials to clients including Libya, Iraq and North Korea, exposing the clandestine network for the first time... [Chaudry was] present when five Iranian scientists visited Pakistan at the start of the partnership. The Iranians were "introduced to the method in which uranium is processed for the purpose of creating a nuclear bomb... It is also apparent that Iran intends to utilize a nuclear weapon - in the future, when a nuclear weapon would be operational - against the State of Israel..."

The world must act before the Middle East is set afire.

And if anyone thinks Barack Obama would proactively use military force to stop Iran before it launches an apocalypse, they are living in a fantasy world. Nothing Obama has ever said or done would indicate he understands the stakes: how to handle a nation bent on nuclear martyrdom.

A simple example may be found in Obama's fumbled, three-days-in-the-making response to the Georgian Crisis, which some in the press called "Carter-esque" and "Watery".

Obama... threatened [Russia] with a UN resolution (which Russia can stop with its veto), and-even worse--pointed out how impolite it was to invade another country now, in violation of the Olympic spirit...

How could Obama defend an Israeli action against Hizbullah, Hamas, or Syrian rockets-or an Iranian Holocaust-bomb? Anyway, how often has the UN lifted a finger to protect the sovereignty of its members-especially Israel? The UN won't even condemn the 8,000 cross-border rocket attacks on Israeli territory from Gaza, or enforce disarmament of an increasingly lethal Hizbullah, as required by the UN's own Resolution 1701. 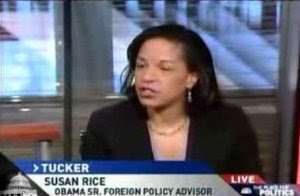 Obama's staff was even worse. Instead of chastising Russia for invading and bombing civilians, his team criticized... McCain. Susan Rice, Obama's top foreign policy advisor (in line to become his National Security Advisor), went on Hardball to suggest McCain himself was responsible for some of the escalation of violence, accusing McCain of "shooting from the hip" and claiming McCain's "very aggressive, very belligerent statement" may have "complicated the situation."

[Obama's] lack of moral clarity, discomfort with America's role as leader and defender of the free world, and weak grasp of right and wrong in foreign hotspots is disturbing. It is Carter-esque, which invites aggression from troublemaking countries who act against our allies when they do not fear American repercussions.

It is no time to have an amateur in the White House.

Linked by: Curmudgeonly & Skeptical. Thanks!
at 9:36 AM
Email ThisBlogThis!Share to TwitterShare to FacebookShare to Pinterest
Labels: extremism, War