Dr. Rusty Shackleford at The Jawa Report has the must-read story of the week. It would appear that several federal election laws have been broken and that none other than David Axelrod appears to be behind an "astroturf" campaign against Sarah Palin. Read the whole thing (Dan Riehl has the executive summary). 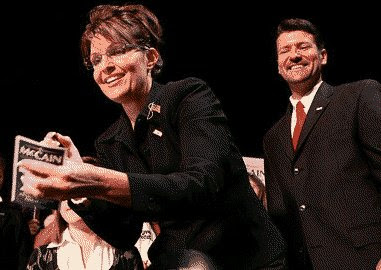 A related note: on 9/2, I noted that the same Palin slime chain mail had been posted in hundreds of forums simultaneously. It was an obviously orchestrated campaign.

Gosh, I wonder who could've been behind that sort of thing? Could it have been hopey, changey-type folks?

Linked by: Gateway Pundit. Thanks!
at 6:24 AM
Email ThisBlogThis!Share to TwitterShare to FacebookShare to Pinterest
Labels: Democrats, MSM, Obama, Palin