Fannie Mae: The New York Times rides to the rescue of the GOP

The Bush administration today recommended the most significant regulatory overhaul in the housing finance industry since the savings and loan crisis a decade ago.

Under the plan, disclosed at a Congressional hearing today, a new agency would be created within the Treasury Department to assume supervision of Fannie Mae and Freddie Mac, the government-sponsored companies that are the two largest players in the mortgage lending industry.

The new agency would have the authority, which now rests with Congress, to set one of the two capital-reserve requirements for the companies. It would exercise authority over any new lines of business. And it would determine whether the two are adequately managing the risks of their ballooning portfolios.

Why did the plan fail?

''These two entities -- Fannie Mae and Freddie Mac -- are not facing any kind of financial crisis,'' said Representative Barney Frank of Massachusetts, the ranking Democrat on the Financial Services Committee. ''The more people exaggerate these problems, the more pressure there is on these companies, the less we will see in terms of affordable housing.'' ...Representative Melvin L. Watt, Democrat of North Carolina, agreed... ''I don't see much other than a shell game going on here, moving something from one agency to another and in the process weakening the bargaining power of poorer families and their ability to get affordable housing,'' Mr. Watt said.

The Congressional Transcript Wire reports that during the hearing on the regulation of Fannie and Freddie, Frank's statement included a variety of assertions:

...the two government-sponsored enterprises that we're talking about here, Fannie Mae and Freddie Mac, are not in a crisis... I do not think at this point there is a problem with a threat to the treasury... Some of the critics of Fannie Mae and Freddie Mac say that the problem is is the federal government is obligated to bail-out people who might lose money in connection with them... I do not believe that we have any such obligation... ...nobody who invested in them should come looking to me for a nickel, nor anybody else in the federal government.

The more people, in my judgment, exaggerate a threat of safety and soundness, the more people conjure up the possibility of serious financial losses to the treasury, which I do not see. I think we see entities that are fundamentally sound financially and withstand some of the disaster scenarios.

I think we now see pressure on it that's generated in part by exaggerated fears of a financial crisis.

According to the Hartford Courant, Democrat Chris Dodd actually stopped the Bush administration's attempts at reining in Fannie and Freddie:

Taxpayers face a tab of as much as $200 billion for a government takeover of Fannie Mae and Freddie Mac, the formerly semi-autonomous mortgage finance clearinghouses. And Sen. Christopher Dodd, the Democratic chairman of the Senate banking committee, has the gall to say in a Bloomberg Television interview: "I have a lot of questions about where was the administration over the last eight years."

We will save the senator some trouble. Here is what we saw firsthand at the White House from late 2002 through 2007: Starting in 2002, White House and Treasury Department economic policy staffers, with support from then-Chief of Staff Andy Card, began to press for meaningful reforms of Fannie, Freddie and other government-sponsored enterprises, known [as] GSEs...

How did Fannie and Freddie counter such efforts? They flooded Washington with lobbying dollars, doled out tens of thousands in political contributions and put offices in key congressional districts. Not surprisingly, these efforts worked. Leaders in Congress did not just balk at proposals to rein in Fannie and Freddie. They mocked the proposals as unserious and unnecessary.

As recently as last summer, when housing prices had clearly peaked and the mortgage market had started to seize up, Dodd called on Bush to "immediately reconsider his ill-advised" reform proposals. Rep. Barney Frank, D-Mass., chairman of the House Financial Services Committee, said that the president's suggestion for a strong, independent regulator of Fannie and Freddie was "inane."

Sen. Dodd wonders what the Bush administration did to address the risks of Fannie and Freddie. Now, he knows. The real question is: Where was he?

...James Johnson, who had been advising presidential candidate Barack Obama on the selection of a running mate, resigned from the Obama campaign Wednesday after the Wall Street Journal reported that he received Countrywide loans at below-market rates...

Obama adviser Johnson also pulled down $21 million in compensation from Fannie before the implosion. 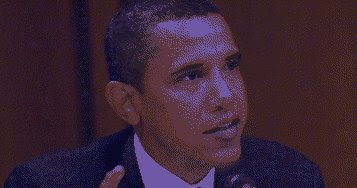 Or maybe the Democrats' reluctant to reform Fannie traces back to the fact that Dodd, Obama and Kerry were the top three recipients of Fannie Mae's money.

These jamokes deserve to be frog-marched out of Congress and directly into a holding cell. Someone needs to clean up Washington; McCain and Palin are better prepared to do so than anyone else.

And especially better prepared than a questionable pol straight out of the Chicago machine, brought to you by the likes of Tony Rezko and Bill Ayers.