Rev. Wright appears on a bus tire and then rolls under again


As a result of those crazy-whack ads trying to link Rush Limbaugh with John McCain (when everyone knows the two despise each other), the Reverend Jeremiah Wright may make a comeback in John McCain's campaign commercials.

“They played it one way, we played it another way,” said one of McCain’s top advisers, Mark Salter. “Now we’re both going to play it the same way.”

And then I've gotta give a special shout out... to my pastor... (crowd whooping)... the guy who puts up with me... counsels me... listens to my wife complain about me... 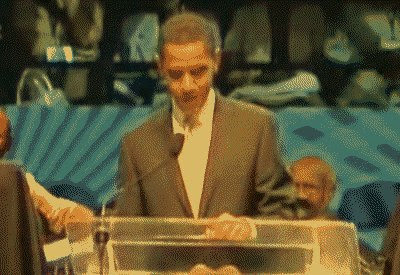 ...he's a friend... and a great leader... not just in Chicago but across the country. So please, everybody, give an extraordinary welcome to my pastor, Dr. Jeremiah Wright, Junior... (applause)... from the Trinity United Church of Christ! (applause) 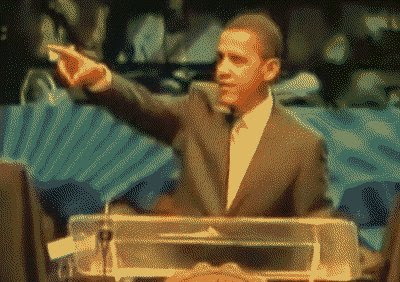 Where is he at? There he is! (applause) ...That, that's him! (applause) That's him right there! (applause) You're in a suit today, right? (laughter, applause) Ha! Well.

When you watch the video you''ll notice Obama has affected a certain cadence for this speech that he does not adopt under normal speech-making circumstances these days.

Of course, one can forgive Obama his relationship with his pastor because, though he attended the church regularly for two decades, he never heard any of the virulently racist tripe that Wright peddled.

SEN. OBAMA: ...Look, I joined a church to worship God, not a pastor. This whole notion that he was my spiritual mentor and all this stuff, this is something that I've consistently discussed. I have not heard him make the offensive comments that ended up being looped on this show constantly. And I was offended by them and ultimately --

MR. O'REILLY: You had never heard those comments?

MR. O'REILLY: He was selling them in the lobby at the church.

SEN. OBAMA: He didn't say stuff like that, all right.

MR. O'REILLY: Did he say white people were bad?

SEN. OBAMA: No. What he said was racism is bad.

MR. O'REILLY: But not white people are bad?

SEN. OBAMA: There was no doubt that what he said was racism was bad. The relationship was ruptured, I'm not a member of the church.

That thump you heard was Wright being thrown under the bus for the second time in public.

Maybe Obama was watching that "TV on a cellphone" service -- that the phone companies are offering these days -- while in church? Seems plausible to me.