Ever tried to use the iPhone keyboard for serious data entry? I have. It's a non-starter. My hands are somewhat large and I have a hard enough time keying on my BlackBerry 8320, which has a revolutionary technology called "buttons." 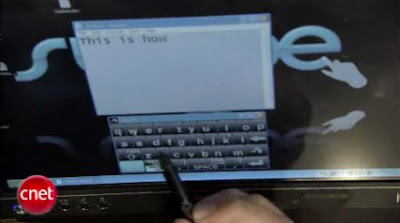 Anyhow, I was checking out CNet's coverage of the TechCrunch and DemoFall new technology conferences. There were several stories describing Swype, a new "keyboard entry method for touchscreen devices."

After checking out the accompanying video, I've come to the conclusion that Swype really is revolutionary. 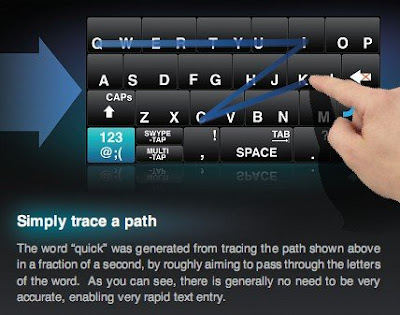 Rather than trying to tap individual keys, the user simply moves the pointing device over the desired keys in the proper order. The software determines the word which best fits the path traced by the pointer.

Swype's inventor, Cliff Kushler, also dreamed up the popular T9 mobile keyboard technology that's represents our current generation of phones. With the new Swype approach, Kushler claims he might get 50 words-per-minute on a touchscreen.