Olbermann to Obama: "Have you thought of getting angrier?"


The Washington Post ("MSNBC Bombs in Blogosphere") reports that the official network of the Democratic Party is now getting lousy reviews from the left side of the blogosphere. The reason? Its demotion of Keith "Barack" Olbermann and Chris "Tingle Bells" Matthews. 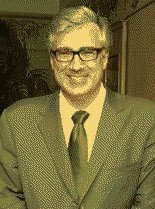 Larry Grossman, a former president of NBC News, said that MSNBC has "been doing very well as the liberal antithesis to Fox, everyone knows that," he said. "But at some point standards and journalistic integrity have to take over."

Grossman questioned whether Gregory's new assignment is a good fit: "If he's presiding over what is an avowedly liberal network, will it in effect tarnish his reputation for being a perfectly straight shooter?"

Olbermann's show is the most popular on MSNBC. In a strikingly friendly interview with Obama that aired last night, Olbermann asked the Democratic nominee whether he should use "more exclamation points," adding: "Have you thought of getting angrier?"

If that isn't a window into the lunacy that is Keith Olbermann, I'm not sure what is.

First I thought Air America's ridicule of Olbermann would have been the last straw for the demented faux newscaster but, lo, I was wrong.

Now even lefty blog MyDD says that Christy and Olbermann deserved their sackings.

And what a tragedy that would be.
at 9:03 PM
Email ThisBlogThis!Share to TwitterShare to FacebookShare to Pinterest
Labels: MSM, Obama, Olbermann