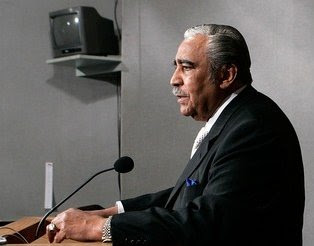 His mansion is rent-controlled, an egregious abuse of New York's laws. While most folks enjoy just a single rent-controlled unit, Rangel has four of them all located in the Lenox Terrace luxury development. 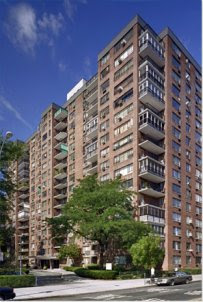 The New York Times reported that the differences in rent between what Rangel was paying and the market rates on his additional apartments are around $30,000 a year. 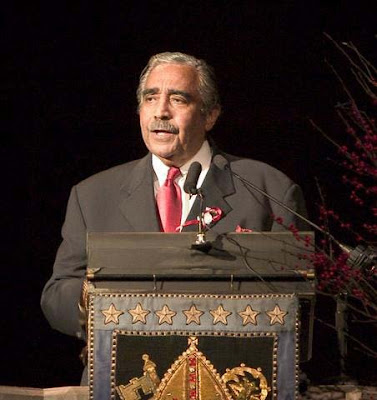 And as Chairman of the tax-writing Ways and Means Committee, Rangel "forgot" to report $75,000 in income on his three-bedroom, three-bathroom beachfront home in the Dominican Republic. 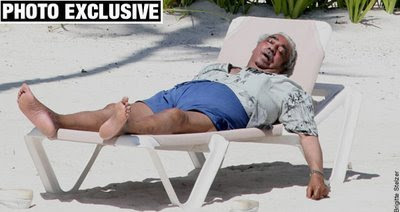 Hey! It's easy to forget about your beachfront home, beyatches! That stuff happens to the best of us!

Rep. Charles Rangel has been using a House of Representatives parking garage for years as free storage space for his old Mercedes-Benz - a violation of congressional rules and a potential new tax woe for the embattled lawmaker... House rules forbid use of the garage for long-term storage more than 45 days - and congressional aides told The Post that Rangel's car has been sitting there for years... A House Web site on parking regulations informs anyone with a space that, under IRS regulations, the benefit of the free parking is considered 'imputed income' and must be declared to the government. The spaces are valued by the House at $290 per month... In addition to the storage issue, the vehicle... runs afoul of other rules set forth on the House Web site because it does not have license plates and does not display a current House parking permit.

Rangel, a Congressman for a mere four decades, is as an effective an argument for term limits as Robert Byrd's life support system. Note: Robert, I don't want you to expire prematurely, I just want you to resign before you explode in a shower of blood, feces and urine that will permanently stain the chamber. Uhm, sorry about the graphic imagery.

Hey, Charlie -- nice watch! What's one of those go for? 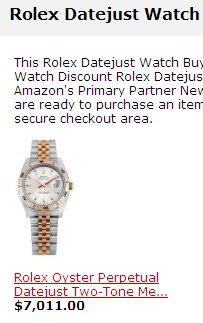 What? About seven grand? Very nice!

It's good to be a New York Congressman!


Major hat tips: Jammie Wearing Fool via (who else?) The Ubiquitous Larwyn!