What do the ten cities with the highest poverty rate have in common?


Sean sent in this one (as usual, the "progressives" won't like it).

What do the top ten cities with the highest poverty rate all have in common? 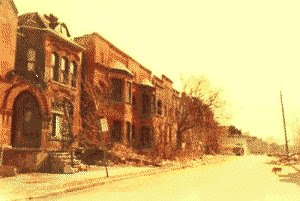 Miami, FL (5th) has never had a Republican mayor;

El Paso, TX (7th) has never had a Republican mayor;

Einstein once said, 'The definition of insanity is doing the same thing over and over again and expecting different results.'

Snopes doesn't list it yet, so it's gotta be true!

Linked by: Wolf Howling. Thanks!
at 8:37 PM
Email ThisBlogThis!Share to TwitterShare to FacebookShare to Pinterest
Labels: Democrats, Economy

From 1908 to 1960 it was mostly socialists. (Milwaukee may not be as screwed-up as Berkeley but it has more than its share of brain-dead leftists.)

1. Appeal To Authority - No evidence of scientific consensus was supplied.
2. Misunderstanding the Nature of Statistics - (see: "How to Lie with Statistics" by Darrell Huff)
3. Burden of Proof - Where are the sources for the "TOP 10 POOREST CITIES" and "hasn't elected a Republican mayor?"
4. Appeal To False Authority - Einstein did not theorize that the disadvantaged are insane.
5. Straw Man - Democrats do not cause cities to be poor.
6. Confusing Correlation and Causation - Correlation does not equal causation.

(Right; if only those cities had Republican mayors, they'd all be paradises!)

If you really want to look at something eye-opening, look at the state level for the percentage of Poverty. The top 15 are:

The vast majority of these are Republican dominated and have been for some time. 13 of 15 entries voted Republican. I have seen numbers sometime back which point out that some of the Reddest States have long been supported economically (welfare at both an individual, regional, corporate and state level) by the Bluest states.

Also: The richest cities in US:

All with a strong Dem voting history. Imagine that.