The Atlantic hires Leni Riefenstahl for a Photo Shoot


I thought Leni passed away a few years ago but I was apparently mistaken 'cuz it appears the Atlantic hired her for a McCain photo shoot.

To say Ms. Greenberg's use of this material in this way is "unprofessional" and does the subject (John McCain) and the client (The Atlantic Monthly) a disservice is to vastly understate the case. Not only has Ms. Greenberg exposed The Atlantic to charges of bias it may well have not intended, it turns out she was engaged in dealing with Senator McCain falsely as well. She has, indeed, bragged about it to PDNPulse, a professional photographers' journal. Here, in her own words, are what she did:

When The Atlantic called Jill Greenberg, a committed Democrat, to shoot a portrait of John McCain for its October cover, she rubbed her hands with glee..... 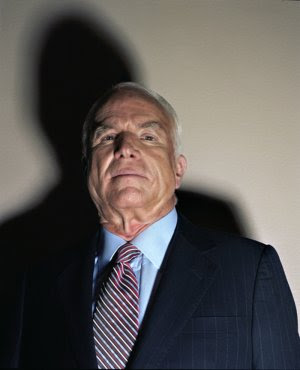 After getting that shot, Greenberg asked McCain to “please come over here” for one more set-up before the 15-minute shoot was over. There, she had a beauty dish with a modeling light set up. “That’s what he thought he was being lit by,” Greenberg says. “But that wasn’t firing.”

What was firing was a strobe positioned below him, which cast the horror movie shadows across his face and on the wall right behind him. “He had no idea he was being lit from below,” Greenberg says. And his handlers didn’t seem to notice it either. “I guess they’re not very sophisticated,” she adds - PDNPulse: How Jill Greenberg Really Feels About John McCain

So what we see here is a candidate for President showing up at a photo-session for a cover shot for a magazine he knows is not going to give him an Obama-pass, but still making time for it. Waiting for him is the contracted representative of that magazine, Jill Greenberg, who has literally set a trap for him and then lures him into it. She mocks the McCain staff for not being "very sophisticated" about lighting when, in truth, the lighting used for a professional photo session is very complicated. There are umbrella lights, fill spots, and a raft of others being used at any given time.

I imagine that Ms. Greenberg was in full charm mode with Senator McCain at the same time she was executing her little partisan plot. Indeed, I am certain she was nothing other than sweetness and light to him. What she was doing was quite another thing, a vile thing. Simply put, it was betrayal for a cheap political frisson for her. 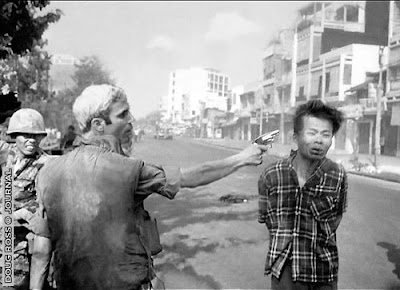 The Atlantic also discovered this controversial photo of John McCain taken during the Vietnam War
Vanderleun concludes with sound counsel: You see, I no longer write to editors about these frauds and outrages, I write to the advertisers. You should too.

Update: Ace and Newsbusters have more on our modern-day Leni Riefenstahl.

Update II: Like Vanderleun, I did some screen-caps on Leni's website (no link provided, you can type in the URL urlself). Remember, this is what passes for reasonable commentary in the "progressive" community. 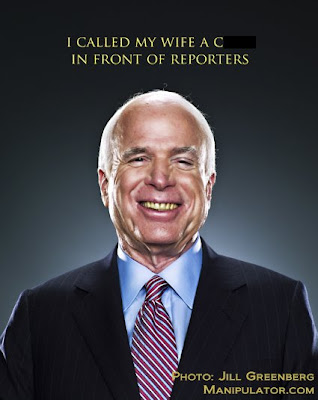 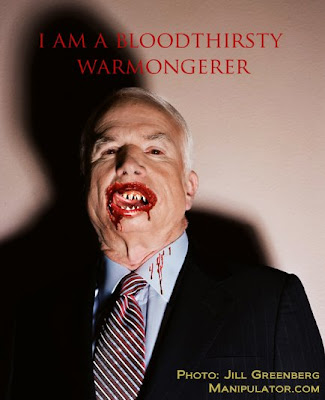 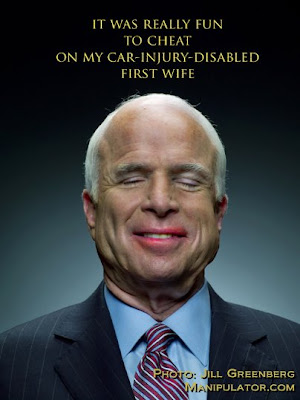 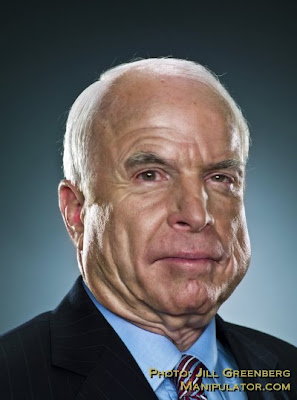 Always keep this in mind: they're liberals because they care.

at 10:02 AM
Email ThisBlogThis!Share to TwitterShare to FacebookShare to Pinterest
Labels: Democrats, McCain, MSM