The creaking, decrepit hypocrisy of the mainstream media


Just when you think the mainstream media's agenda couldn't be more obvious...

Consider 1984, when the New York Times endorsed the candidacy of Geraldine Ferraro. 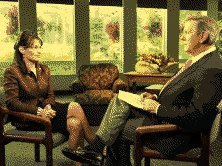 On occasion, Americans find it necessary to rationalize this rough-and-ready process. What a splendid system, we say to ourselves, that takes little-known men, tests them in high office and permits them to grow into statesmen. This rationale may even be right, but then let it also be fair.

Why shouldn’t a little-known woman have the same opportunity to grow? We may even be gradually elevating our standards for choosing Vice Presidential candidates. But that should be done fairly, also. Meanwhile, the indispensable credential for a Woman Who is the same as for a Man Who - one who helps the ticket.

Or consider 2006, when Brian Gibson lobbed underhand softballs at the least experienced presidential candidate in history, one Barack H. Obama. Compare and contrast:

The Anchoress summarizes the difference in a sentence: 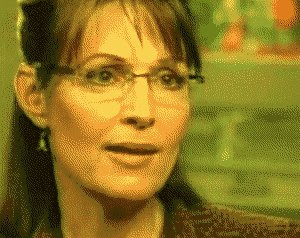 The truth is that Sarah Palin has been the object of the most vicious and concerted smear campaign in modern American history. But that fact doesn't cause the media (or Howard Kurtz) to get mad.

It's not too hard to diagnose why, as Kurtz correctly says, "the media are getting mad." They're getting mad because their candidate is losing...

They've spent years building him up and covering for his mistakes and shortcomings, and he is such a stiff that he can't coast across the finish line. I'd be mad too, I guess, but I think I'd have the decency not to take it out on Sarah Palin.

Decency and the mainstream media? An oxymoron, as The New York Times is wont to repeatedly prove. Perhaps Pinch can compromise another perfectly legal classified national security program before Bush leaves office.

Update: Deroy Murdock notes how the Obama campaign compensates its female staffers versus males ("How Team Obama Pays Women: Pay equity for thee, but not for me").

Update II: P. J. Gladnick at Newsbusters examined the ABC transcript and discovered some outrageous editing. And that's no overstatement. Here's just one example (the bolded text was removed from the broadcast by ABC).

GIBSON: Have you ever met a foreign head of state?
PALIN: There in the state of Alaska, our international trade activities bring in many leaders of other countries.
GIBSON: And all governors deal with trade delegations.
PALIN: Right.
GIBSON: Who act at the behest of their governments.
PALIN: Right, right.
GIBSON: I’m talking about somebody who’s a head of state, who can negotiate for that country. Ever met one?

PALIN: I have not and I think if you go back in history and if you ask that question of many vice presidents, they may have the same answer that I just gave you. But, Charlie, again, we’ve got to remember what the desire is in this nation at this time. It is for no more politics as usual and somebody’s big, fat resume maybe that shows decades and decades in that Washington establishment, where, yes, they’ve had opportunities to meet heads of state … these last couple of weeks … it has been overwhelming to me that confirmation of the message that Americans are getting sick and tired of that self-dealing and kind of that closed door, good old boy network that has been the Washington elite.