Have you noticed how Johnny Quest and Hadji keep telling us they know Osama bin Laden's home address? 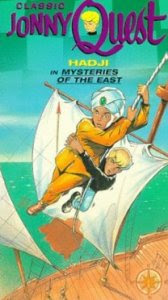 John McCain likes to say that he'll follow bin Laden to the Gates of Hell - but he won't even go to the cave where he lives.

Since the Man from U.N.C.L.E. and the Man from U.R.K.E.L. have bin Laden's street address, isn't it incumbent on them--especially on this day--to give that information to the real authorities?

C'mon, heroes; give Homeland a call. You can even remain anonymous--if it's possible to be any more anonymous than you've already been in this fight.