Another day, another EPA program gone completely off the rails. 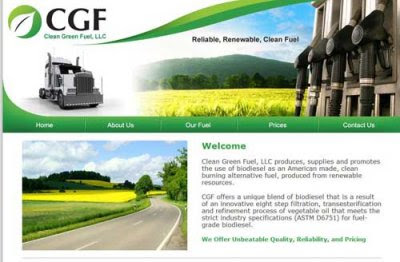 A Maryland man faces trial in a $9.1 million fraud case that is shedding light on problems in a renewable energy credits program run by the U.S. Environmental Protection Agency.

Federal prosecutors accuse Rodney Hailey of Perry Hall of selling renewable fuel credits even though his company, Clean Green Fuel LLC, did not produce any renewable fuel. Instead, prosecutors say he pocketed the money and bought Ferraris and other luxury cars, as well as tractor-trailers, homes, jewelry and computers...

...The case is one of several nationwide, including similar fraud cases in Texas and Alabama, that have led to calls in Congress for a review of the program. It has also prompted a lawsuit against the EPA by those defrauded by the Maryland company because the federal agency is not recognizing the credits they thought were genuine.

Companies that market petroleum in the United States are being required to produce renewable fuels such as biodiesel made from vegetable oils or purchase credits, known as renewable identification numbers, or RINs, from producers of those fuels to satisfy the requirement designed to increase clean energy.

In Congress, Republican leaders of the House Energy and Commerce Committee say the EPA’s management of the situation appears to have made a bad situation worse...

Wow. This is truly surprising. You mean to say that an unelected cadre of central planners screwed up yet another government program? I'll alert the media.

Geez, he should've "bundled" some of that money for Obama then applied for federal loan guarantees from Mr. Chu and built a plant to make something no one will buy then, after paying himself handsomely, he could declare bankruptcy and say he tried. What a dope. The model for doing this legally is in the Solyndra playbook.

This guy is a hero. At leas that's what I said in October...