The Association of Community Organizations for Reform Now, ACORN, is a far-left organization that purports to promote the poor and disadvantaged. It is currently being investigated for voter registration fraud in least 14 states, having submitted hundreds of thousands of bogus registrations throughout the country. 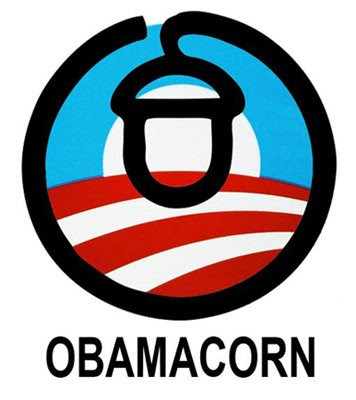 And despite its troubling track record, ACORN receives plenty of money from Democrats in Congress. ACORN affiliates in just 11 states are reported to have received more than $31 million in taxpayer funding. And ACORN has plenty of affiliates. Hundreds, in fact.

Worse, ACORN is competing for $8 billion in Stimulus dough, thanks to President Obama.

So where does the money go? Fox News traced the money to a single, small funeral parlor in New Orleans on Elysian Fields Avenue. It appears to be a bank for ACORN and as many as 268 of its far-left affiliates.

To maintain its tax-exempt status, various arms of ACORN purport to be a non-partisan, community support organizations. These are laughable propositions, to be sure, but thus far have resisted attempts to puncture their complex corporate veils.

But Mitchell Blatt may have found a damning piece of evidence that destroys ACORN's claims of non-partisanship. It's an internal ACORN memo -- dated January 26, 2004 -- that spells out explicit gerrymandering strategies to benefit Democrats.

This is a long-term, multi-faceted project with the following goals: 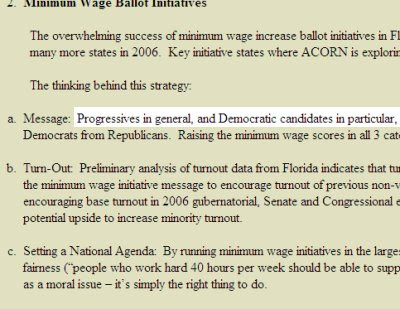 The strategy here is to build the long-term, targeted organizing and electoral capacity needed if we are to have a Congress with a progressive majority. The redistricting process is key, since it is unlikely that there are enough competitive House districts to end right-wing control of the House of Representative before 2012. But we need to start now.

The first step is to review the literature analyzing the redistricting process state-by-state, determine which states’ re-districting processes are in the hands of state legislatures (most), which state legislative bodies have a close enough Democrat-Republican ratio to be in play, and which state house and state senate districts in those states are competitive. With this information, one can then target appropriate legislative districts. We have identified an organizer with previous experience with 21st Century Democrats and the Democratic Legislative Campaign Committee who we would like to hire to develop this targeting plan.

In other words, ACORN plotted a national campaign to benefit a Democrat Party takeover of Congress, explicitly naming the Democrats as beneficiaries of their "largesse".

You can read the entire memo here, preserved for posterity.

I am recommending that like-minded individuals report this egregious violation of the tax code to the IRS. To do so, fill out a Form 13909 (Tax-Exempt Organization Complaint (Referral) Form). Then use one of the following methods to dispatch the form to the IRS:

Linked by: Pat Dollard. Thanks!