Which is it, Nancy: Ignorance or Incompetence?

Earlier this month, House Speaker Nancy Pelosi said that the CIA misled her and other Congressional intelligence committee members on the use of enhanced interrogation techniques (EITs). 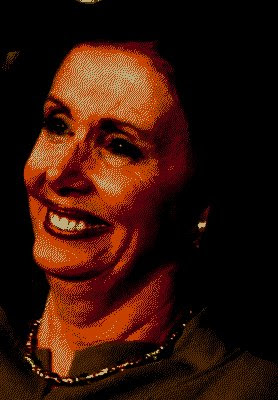 Pelosi also claimed that, when it came to everything that occurred in Iraq, as well as the use of EITs, the Bush administration misled her and the rest of Congress.

In fact, the very day George W. Bush left office in January, Pelosi excoriated the 43rd president, saying that he completely misled her and all Americans in explaining why the U.S. should go to war in Iraq.

In 2007, the now nearly bankrupt New York Times backed up Pelosi's assertions, claiming that Bush and his aides conducted "a systematic campaign to mislead Congress, the American people and the world..."

In 2004, Pelosi pilloried the Bush administration for misleading Congress about Iraq, stating that the "war has been a grotesque mistake that has diminished our reputation in the world and has not made America safer."

Of course, Pelosi contradicted herself when it made political sense to do so. In 1998, she stated, "As a member of the House Intelligence Committee, I am keenly aware that the proliferation of chemical and biological weapons is an issue of grave importance to all nations. Saddam Hussein has been engaged in the development of weapons of mass destruction technology which is a threat to countries in the region and he has made a mockery of the weapons inspection process."


If Pelosi truly is consistently misled this easily -- on the very topics upon which she has been repeatedly briefed -- then she is either ignorant or incompetent.

And in either case, she must resign as Speaker of the House.

at 10:44 AM
Email ThisBlogThis!Share to TwitterShare to FacebookShare to Pinterest
Labels: Crime, Democrats, Pelosi, War