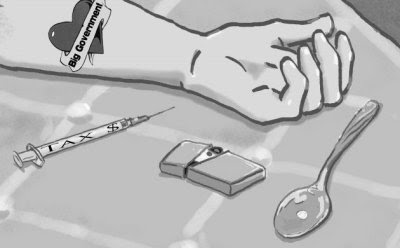 After a firestorm of criticism over the tone of the op-ed, it was replaced with a mild-mannered critique aimed primarily at state legislators.

While all complete copies of the original piece appear to have been removed (and the Google Cache was intentionally disabled at the paper), I have reconstructed it using posts at Free Republic and Lexis-Nexis (via Sign On San Diego), the latter rightly terming it a "vicious screed".

But judge for yourself.

Good morning, California voters. Do you feel better, now that you've gotten that out of your system?

You wanted to show the state's politicians just how mad you are at them. And you did. Boy, did you ever.

Proposition 1A with its taxes and its spending limit? Too much of one and not enough of the other, you said (or was it the other way around), and voted it down. Never mind that the taxes go into effect anyway. You showed 'em. 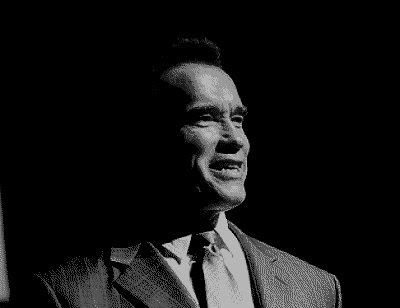 Proposition 1B? That was a tougher call.

Proposition 1C? No way. You like the lottery just like it is. And all they were going to do with that extra $5 billion was spend it.

Propositions 1D and 1E? Forget it. You had already voted to put money into preschool and mental health programs. You're not taking it out now.

And 1F? Heck, yeah! Let's not pay our legislators if they can't pass a budget on time. So what if it likely won't have any effect, or that this year they actually passed a budget months earlier than they needed to? That's not the point.

The point is that you're sick and tired of all this political mumbo-jumbo. So you showed those politicians who's in charge. You. You're now officially in charge of a state that will be something like $25 billion in the hole for the fiscal year beginning July 1.

So, now that you've put those irksome politicians in their place, maybe it's time to think about this: Since you're in charge, exactly what do you intend to do about that pesky $25 billion hole in the budget?

Lay off some state workers? Which ones? And how many? Remember, the entire state payroll is about $25 billion. You could lay off every last one of them every Highway Patrol officer, every prison guard, every state firefighter, every health inspector, every professor in the UC and CSU systems, every DMV employee and every nameless, faceless paper-shuffling bureaucrat and the state would only be barely in the black. But if you want to do that, go ahead. You're in charge, remember.

Wait, how about taking money back from the counties? Great idea. Not that it will be easy. Most of them are already in the red and getting ready to lay off cops, prosecutors, probation officers and clinic staff.

Let's see. What about laying off more teachers? Shortening the school year? Releasing prisoners? Selling some of the state's real estate holdings? Borrow billions to tide the state over until the economy improves

What's that? Few of these ideas sound like what you want to do? Well, that's OK. You really don't have to do these things yourself. You just have to figure out what you want done and tell the Legislature to do it.

They'll surely hop right on it, now that you're in charge. Just keep in mind that your suggestions have to keep the state solvent and able to meet all its legal obligations. And you know how complicated things get when the lawyers get involved.
You say it'll take you awhile to figure this stuff out, that you'll need a little time to get up to speed on the details? No problem. You've got until June 30 to get it all straight.

That sounds a lot like work, you say? Sorry, no whining allowed. You asked for this job. Now you've got it, so get on it. Oh, and remember. The entire nation is watching to see how you do now that you're in charge.

No pressure or anything. Just thought you'd want to know.

The comments from readers rightly expressed disgust and dismay at a newspaper that eviscerated taxpayers who dared to turn down an out-of-control government bureaucracy run amok. Here's the replacement op-ed.

Editorial: Time for reform - not for blame
NOW VOTERS HAVE JUDGED LEADERS; HOW WILL LEADERS TAKE THE REBUKE?

Feeling bruised and abused this morning? Well, you can't say you didn't see it coming. The polls have been saying for weeks that voters were going to do just what they did on Tuesday: Conclusively reject your slate on the ballot, Propositions 1A, 1B, 1C, 1D and 1E. 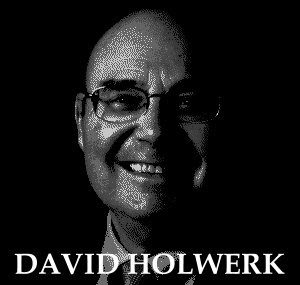 Today, on the morning after voters kicked around your best effort at fixing the state budget as if it were a deflated soccer ball, you face a decision.

You can blame the voters for reacting with uninformed and misplaced anger.

Or you can look in the mirror and admit you had it coming. And you know you did.

Over the last couple of decades you and your predecessors in both parties created an environment of cynicism that poisoned Californians' faith in democracy. You have insulated yourselves from the electorate. You have rigged elections by drawing noncompetitive districts. You have discouraged turnout with negative campaigning. You have catered to special interests across the political spectrum.

As the state's fiscal situation grew more and more dire, you responded with years of gimmicks and stalling followed, finally, by secret negotiations to produce what turned out to be (at least in our estimation) an acceptable compromise.

But by then, the problem was too big to be solved so easily. And it was too late to make your case to the voters, who were tuned out and disengaged, which is exactly how most of you wanted them.

There is no simple recovery from this disastrous state of affairs. First, there is that huge budget deficit - $20 billion? $23 billion? $25 billion? - to deal with, and quickly, before the state runs up on the rocks of insolvency.

But after that, a much harder task awaits: Restoring citizens' faith - not just in government, but in the possibility that they can trust their elected representatives to act responsibly and honorably to solve common problems. 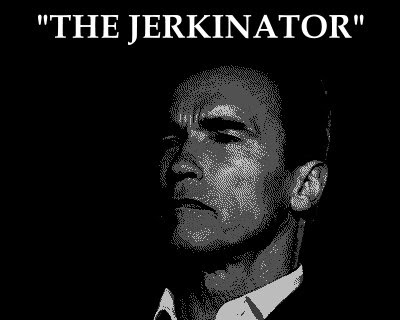 There is only one way to do that: Work to reform California politics. Not just simple reforms, such as requiring only a majority vote to pass a budget, but larger ones, too: more transparency in the Legislature and the Governor's Office; less ballot-box budgeting; more accountable schools, cities, counties and special districts; modernized and more efficient government, including pay and benefits for the reality of life in the 21st century. In other words, make Californians feel they are getting their money's worth from the governments they pay for.

If that sounds difficult, well, it will be. You're starting from a deep hole, one that you've dug yourselves.

The first step is to stop digging. Don't blame voters, no matter how much you may want to. Accept their verdict with good grace. Acknowledge that even if they don't have a mastery of all the details of the state budget, their judgment about your performance is not subject to your approval.

And at bottom, that was what this election was about: Not the fine points of governing, but the judgment of the public on your performance. You have been judged and have been found wanting.

For the sake of California's future, here's hoping you respond with a commitment to regain the voters' trust and restore their faith in representative democracy. If you can't do that, this state has a problem too big to be measured in mere billions.

If ever an editorial board could execute a one-hundred-and-eighty-degree midair turn, that was it.

The original op-ed was up from early morning (12:30AM PST?) to around 10:00AM, at which time the response convinced editors to (*ahem*) edit the content. The stated rationale?

Note to our readers: Many of the comments below refer to an article that was posted in error. That article was a draft prepared for internal discussion among members of The Bee's editorial board. Such discussions are a routine part of our work, and frequently lead to editorials that are considerably different from writers' first drafts.

Once again proving that the only way to separate the mainstream media from big government Democrats is with a crowbar.


Postscript and possibly unrelated coincidence: The Sacramento Bee has a job opening for an Editorial Page Editor. Tell 'em you saw it at Doug Ross @ Journal when you apply.


Update: Michelle Malkin points us to Radio Patriot and Dave Logan who were on the story from the get-go.