An Open Letter to Colin Powell 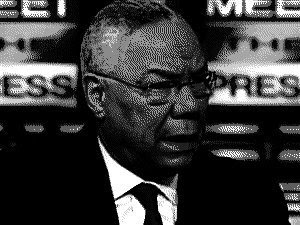 I read with great interest your recent statement that the Republican Party must be "more inclusive" and that it must expand its "very, very narrow base".

While all Americans respect and honor your service to this country, when it comes to political theory, economics, law and history, you are thoroughly, utterly confused.

On October 19th of last year, you endorsed Barack Obama for President on Meet the Press.

But America had a "moderate" Republican candidate for president at that time. John McCain was an "inclusive" candidate and certainly didn't pander to a "narrow base". Yet you abandoned him, Mr. Powell, and -- in fact -- helped sabotage his campaign by publicly endorsing the most ideologically pure, leftist candidate this country has ever seen.

How is it then, that so-called "moderate Republicans" continue to lose elections? How is it that the most pure conservative in recent history -- Ronald Reagan -- crushed Democrats in two successive landslides? Ronald Reagan -- the very man who plucked you out of obscurity! Republicans have nominated many so-called moderates in the form of George H. W. Bush, Bob Dole, George W. Bush and John McCain; yet they either scraped to win elections or lost them outright. 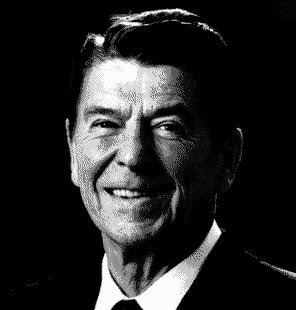 So why would you endorse Obama? Because you've been attacked by the left; and though McCain is exactly the kind of candidate the "moderate" Republicans have been demanding... and you stab him in the back!

According to Time Magazine, the endorsement of Obama was in the works for months. And it was arranged with Meet the Press, where you delivered your endorsement, to levy maximum damage upon McCain's campaign.

Your endorsement and subsequent statements weren't about salvaging the GOP -- they're about marketing the Colin Powell brand! After all, it's the free market system that pays you $100,000 to $150,000 a speech and lets you fly around in private jets.

And who are the racists here? Colin Powell backed Barack Obama because they share the same skin color, period. No other explanation holds water. Because all the other reasons do not make sense. None of them. And that's a disgrace. And the Left claims they're the enlightened thinkers. That the Right must become more inclusive. Yet they're the ones obsessed with race!

And you, Powell, are obsessed with not being called any more names by the Left. Consider your explanation, your rationale for endorsing Obama:

"...because of his ability to inspire... the inclusiveness of his campaign... because he is reaching out all across America... because of who he is and his rhetorical abilities... as well as his substance, he has both style and substance, he has met the standard of being a successful president. Being an exceptional president. He is a transformational figure... for that reason I'll be voting for Barack Obama." 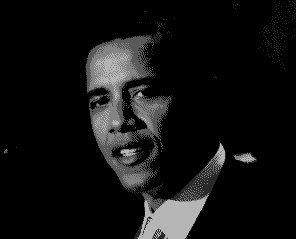 What? What did that mean? Was there a single, substantive fact? His "rhetorical abilities"? His "substance"? He meets the standard of "being an exceptional president"?

How do you meet the standard of "being an exceptional president" prior to you serving as president?

I never thought you were that bright, Powell -- but that statement is proof. You prepared that endorsement for months and that's the best you can do?

And where's the guy's substance? How is he ready to be President?

And, for a guy who says he wants the Republicans to be more inclusive, you ripped McCain on a national stage as well.

"...And I've also been disappointed, frankly, by some of the approaches that Senator McCain has taken recently, or his campaign ads, on issues that are not really central to the problems that the American people are worried about. This Bill Ayers situation that's been going on for weeks became something of a central point of the campaign... ...trying to suggest that, because of this very, very limited relationship that Senator Obama has had with Mr. Ayers, somehow, Mr. Obama is tainted. What they're trying to connect him to is some kind of terrorist feelings. And I think that's inappropriate." 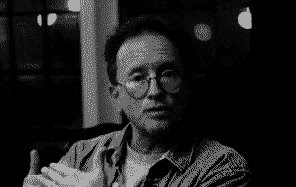 Really? So if a Republican had the same sort of relationship with a Klansman or a Neo-Nazi, you'd be okay with that?

Seven years is just a "limited relationship"? That's spinning like a liberal. And if you don't think Ayers is relevant, why don't you talk to some of the families victimized by the Weather Underground? Maybe you should talk to the families of the three cops that they killed and the security guard that they murdered?

This is an outrageous statement by you -- a domestic terrorist, according to our own FBI, who got off on a technicality and called himself "guilty as hell".

What a disgrace! No wonder Cheney couldn't stand you. No wonder Rumsfeld couldn't stand you. The future of this country was at stake in the 2008 election and the fact that you were plotting for months to come on Meet the Press and make the biggest splash you possibly could, and you spewed this garbage?

And did you complain about the Obama campaign's treatment of Sarah Palin? You said nothing about the attacks on John McCain for his inability to use a keyboard due to his injuries as a POW! Not a word!

"...And I was also concerned at the selection of Governor Palin. She's a very distinguished woman, and she's to be admired; but at the same time, now that we have had a chance to watch her for some seven weeks, I don't believe she's ready to be president of the United States, which is the job of the vice president. And so that raised some question in my mind as to the judgment that Senator McCain made..." 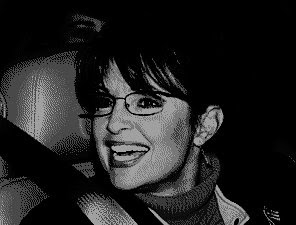 This was an attack on conservatives... on outside-the-beltway politicians. Doesn't this sound like David Gergen or Chris Matthews? You simply parrot the Obama talking points!

So Palin's not qualified to be VP, but Joe Biden is. Right. Palin is smart -- she can learn what she needs to learn. Biden's stupid -- he can't learn to be smart.

General Powell, in one breath you claimed Rush Limbaugh "inserts into our public life a kind of nastiness that we would be better to do without," but you seem to conveniently ignore the vitriol and outrageous attacks directed at Palin by Obama and his minions in the media.

Recently you stated that "Americans do want to pay taxes for services... Americans are looking for more government in their life, not less."

Really? Did you see how California just voted? California -- the bluest of blue states? They don't seem to want to pay more taxes, Mr. Powell. They don't want to be inclusive any more -- it's bankrupted them! 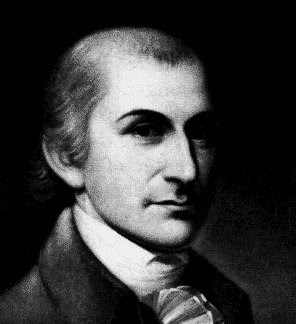 So which Americans want to pay more taxes? You mean the top 50 percent of workers who currently pay 97 percent of all federal income taxes? And, under Obama's cap-and-trade, health care and other monster-government plans, would pay more and more?

Americans do not want higher taxes and more government. They want liberty. The freedom to pursue their interests and live in the civil society without government dictating what kind of cars they must drive, what kind of toilets they must use, and which kinds of light bulbs are "legal".

The American free market and the concept of private property -- articulated by the Constitution -- these things make up the ultimate big tent. That is why the simple conservative principles represented by Ronald Reagan were so successful. The free market knows no racism; the truck driver does not know the skin color of the person who manufactured the boxes he carries; the airline pilot does not know the religion of those who manufactured his engine; nor does the entrepreneur know the gender of the person who shipped him raw goods.

The American free market is the most inclusive of all systems and this is what you, Powell, and your Democrat minions can't seem to comprehend.

This we will not do.

General, you are all about the Colin Powell brand. You don't care a whit about the Republican Party. You care only about the Learjet circles, the book tour circles, the cocktail circles in which you gladhand the elites. 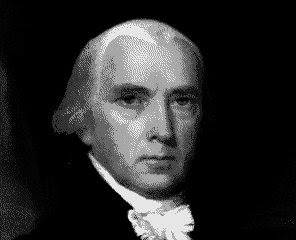 You are a petty bureaucrat, who sat on critical information while Lewis Libby's name was dragged through the mud, knowing that your number two man -- Armitage -- was the source of the ridiculous Plame leak.

It's a synergistic relationship that you have with the mainstream media. The media uses Powell; and you use the media.

Your blueprint for inclusiveness is a sham. As are you. You're no more a Republican than Joe Biden or Chris Matthews.

So, good day, sir -- and don't let the door hit your backside on the way out.

With apologies to: Mark Levin, for many of the concepts herein. Linked by: STACLU. Thanks!
at 7:56 PM
Email ThisBlogThis!Share to TwitterShare to FacebookShare to Pinterest
Labels: Democrats, MSM