"As close to a dictatorship as this country has ever seen"


Mark Levin made that statement on Thursday evening. Was he overstating things? Consider the following steps taken by the Obama administration and then judge for yourself:

Silencing Dissent: The SEIU, Organizing for America and ACORN have coordinated a campaign against broadcast networks that could air commercials opposing Obama's socialized medicine agenda. Consider this message, painting any dissent against single-payer, socialized medicine as "swiftboating". 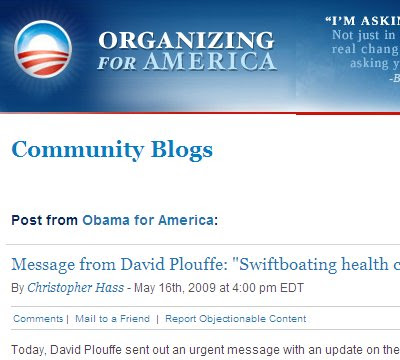 As Sweetness & Light observes, "just in case there was ever any doubt as to who is calling the tune here, these groups are [all] using the exact language that was dictated to them by the Obama administration."

The group "Organizing for America" is Obama's personal political organization, completely outside the confines of the Democrat Party. And it uses the same creepy logo -- the Obama-Sauron evil eye -- that reminds me of something out of the 1930s. Has any other President in history had his own cadre of brownshirts -- yes, I said brownshirts! -- that do his bidding outside the control of any political party? Or his own special logo?

Encouraging Voter Intimidation: Remember the case where several "New Black Panthers" intimidated Caucasian, Hispanic and Asian voters at a polling place in Philadelphia? They flaunted billy clubs at at the polls until the police showed up. One of the defendants, Jerry Jackson, is an elected member of the local Democratic Committee and, at the time of the incident, was a "credentialed poll watcher for Barack Obama and the Democratic Party". 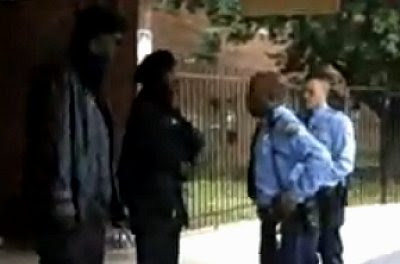 Guess what? Attorney General Eric Holder's Department of Justice (i.e., the Obama administration) is attempting to kill a civil complaint related to the incident. A prominent 1960s civil rights activitist called the case "the most blatant form of voter intimidation" he'd ever seen, including the Mississippi voting rights crisis. A former commissioner at the Federal Election Commission stated, "In my experience, I have never heard of the department refusing to take a default judgment."

Encouraging and Supporting Voter Registration Fraud: do I really need to describe all of the skulduggery with which ACORN is associated? Despite its claims of non-partisanship, it is inarguably partisan. The organization is under investigation in 15 states with dozens of indictments and allegations of hundreds of thousands of fraudulent voter registrations. 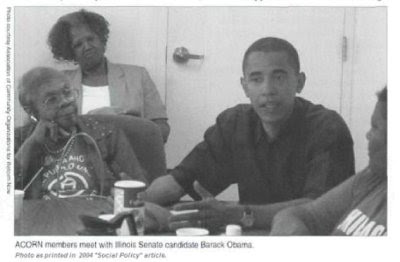 Despite all of the legal issues swirling around the organization, ACORN affiliates in just 11 states are reported to have received more than $31 million in taxpayer funding. And ACORN has plenty of affiliates. Hundreds, in fact. ACORN founder Wade Rathke also founded the huge public sector union, the SEIU (Service Employees International Union), which also happens to funnel funds to ACORN. Other ACORN affiliates, like the American Institute for Social Justice, also send millions directly to its parent. Worse, ACORN is competing for $8 billion in Stimulus funding and is likely to get a good percentage of it, given the predilections of the Obama administration.

By supporting a legally troubled group with taxpayer dollars, the administration is tacitly encouraging vote fraud and undermining the rule of law.

Suppressing Criticism: the massive "Stimulus" package and deficit spending bills passed by Democrats and the Obama administration appears to be nothing more than a gargantuan boondoggle. Experts like the Congressional Budget Office and the Comptroller General have criticized the approach, calling it "unsustainable". 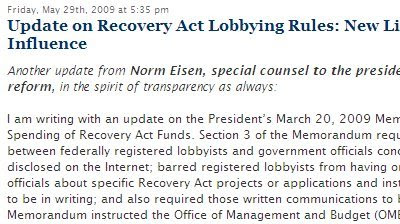 A new White House policy, which dictates permissible lobbying on the Stimulus package, directly attacks the First Amendment by shielding the spending plan from criticism. The Washington Examiner reports on language proferred by the White House itself:

...we will expand the restriction on oral communications to cover all persons, not just federally registered lobbyists. For the first time, we will reach contacts not only by registered lobbyists but also by unregistered ones, as well as anyone else exerting influence on the process. We concluded this was necessary under the unique circumstances of the stimulus program.

Abrogating the Rule of Law: Much has been written about the bizarre activities of the federal government related to Chrysler's bankruptcy. Giving junior creditors (i.e., the UAW) precedence over senior creditors and "[s]elling Chrysler to a shell corporation for the purpose of divesting lenders of their rights [are] a stunning abuse of U.S. bankruptcy laws." 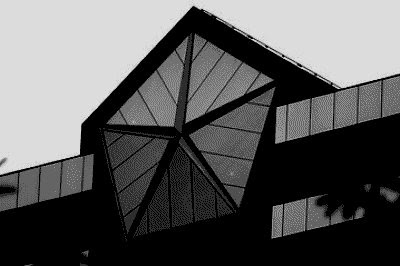 Furthermore, it guarantees that Chrysler and GM, because they've been spared from a true bankruptcy reorganization, will remain ineffective and uncompetitive for they will not have instituted the deep reforms required in the current situation.

And it deeply wounds unions: what investor will deal with any unionized company, knowing that their rights as a secured creditor could be shredded at the whim of an administration with its own social and political agenda?

As Andrew M. Grossman testified before the Senate Judiciary Committee "The bankruptcies of Chrysler and soon General Motors are a microcosm of the lawlessness that threatens our freedom and our prosperity."

And coming soon: We will soon see talk radio silenced, which is truly nothing less than a direct assault on the First Amendment. It will be presented under the innocent-sounding principles of "localism" and "diversity". Note that newspapers, which have had little in the way of localism or diversity over the years (e.g., Associated Press wire stories that dominate content) are under no such scrutiny.

Is this, then, as Levin claims, "as close to a dictatorship as this country has ever seen"?

We're only four months in.

I will let my dear readers consider the facts and judge for themselves.

at 10:56 AM
Email ThisBlogThis!Share to TwitterShare to FacebookShare to Pinterest
Labels: Crime, Democrats, Obama